The two held their first informal summit in Wuhan in April 2018 and at that meeting President Jinping had accepted PM Modi's invitation to come to India for a second meeting. 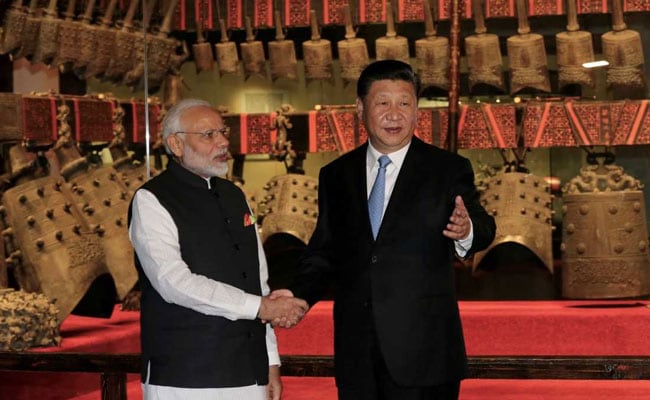 Prime Minister Narendra Modi will host Chinese President Xi Jinping this year for an informal summit, a foreign ministry spokesman said on Wednesday, after meeting several times over the past year to try to defuse tension.

The two held their first informal summit in Wuhan in April 2018 and at that meeting President Jinping had accepted PM Modi's invitation to come to India for a second meeting.

"The two sides are in touch, through diplomatic channels, to finalise the date and venue for the meeting," the spokesman said.

China is an "all-weather" friend with Pakistan, and a military standoff in Doklam in 2017 rekindled fears of war.

PM Modi may also hold his first bilateral meeting with US President Donald Trump in over two years on the sidelines of the G20 summit in June in Osaka, Japan, a source aware of the development said.

Trump caused alarm across the world after he raised tariffs on $200 billion worth of goods from China on May 10, prompting Beijing to say it would hit back with its own higher duties.

Both PM Modi and Trump are expected to talk again at the UN General Assembly session in September in New York, the source said, declining to be identified.

US Secretary of State Mike Pompeo might also stop over in New Delhi ahead of the G20 summit, The Hindu newspaper reported, citing sources.

The Trump administration yesterday dropped India from a list of countries it monitors for currency manipulation, after finding that New Delhi did not engage in persistent, one-sided intervention in the currency market.

India and the United States have developed close political and security ties but Trump has repeatedly called out India for its high tariffs and both sides are working to resolve a trade dispute.

The US plans to withdraw trade privileges that allow preferential duty-free imports of up to $5.6 billion a year from India. That followed India's adoption of new rules on e-commerce that have reined in how US companies such as Amazon.com and Walmart Inc can do business in the country.

US Commerce Secretary Wilbur Ross warned India that any retaliatory tariffs in response to the planned withdrawal of trade privileges would not be "appropriate" under World Trade Organization rules.

The foreign ministry did not respond to a Reuters email seeking further comment.

India's bilateral trade with the United States, which stood at $126 billion in 2017, is widely seen by trade experts as much lower than its potential.

PM Modi has courted foreign investment as part of his Make-in-India campaign in an attempt to turn the country into a manufacturing hub and deliver jobs to the millions of youths entering the workforce every year.

Trump, for his part, has pushed for US manufacturing to return home as part of his Make America Great Again campaign.