Winning the award is a great opportunity and they must be role models in the society, PM Modi told the winners 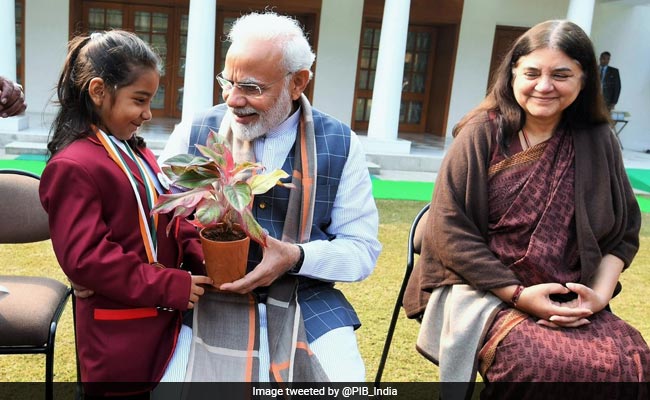 Prime Minister Narendra Modi spent some time with the winners of the Rashtriya Bal Puraskar, in New Delhi today. PM Modi congratulated the winners and encouraged them to stay connected with nature.

The Prime Minister spent some light moments with the children asking them about their activities. He also shared stories from his childhood.

PM Modi said that winning the award is a great opportunity and they must be role models in the society. The Prime Minister also obliged the children who asked him for his autograph.

PM @narendramodi in a group photograph with the winners of Rashtriya Bal Puraskar - 2019, in New Delhi. pic.twitter.com/Xoo7awvTHZ

This year there were six awards for innovation, three for scholaristic, three for social service, five for art and culture, six for sports and three for bravery. A total of 783 applications were received for the Baal Shakti Puruskar.

The names of awardees were finalised by the National Selection Committee under the chairpersonship of union minister Maneka Gandhi.