PM Modi Arrives In Varanasi, Will Launch Over 30 Projects 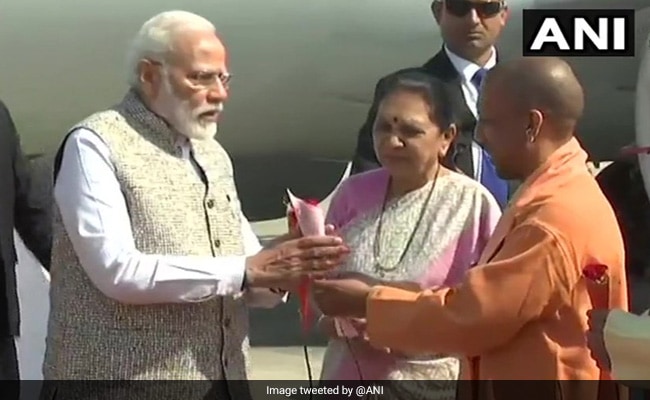 Prime Minister Narendra Modi arrived in his Lok Sabha constituency in Uttar Pradesh's Varanasi today, where he is scheduled to launch over 30 projects.

He will also flag off the Maha Kaal Express, which will connect the three pilgrim centres Varanasi, Ujjain and Omkareshwar.

During the visit to his Lok Sabha constituency, PM Modi will also inaugurate a 430-bed super speciality government hospital and a psychiatry hospital at Banaras Hindu University.

The Prime Minister is slated to first participate in the closing ceremony of the Centenary Celebrations of Shri Jagadguru Vishwaradhya Gurukul.