I appeal to you all to salute all our soldiers today, says Prime Minister Narendra Modi. 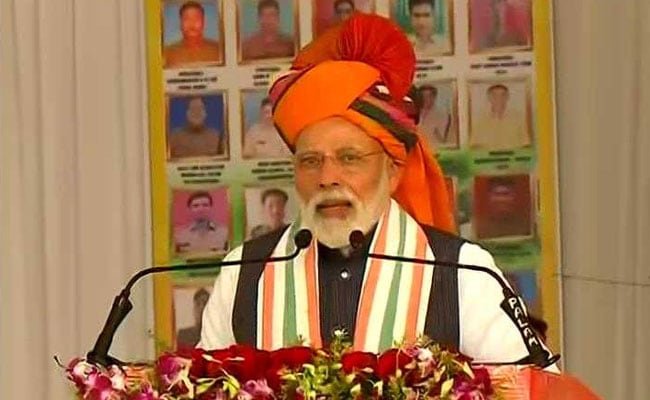 In first public remarks after strikes by the Indian Air Force across the Line of Control, Prime Minister Narendra Modi today said the country is in safe hands and that he will not let the country down.

The prime minister stressed that nothing was above the nation.

"Today is a day to pay homage to India's bravehearts. I want to assure you that the country is in safe hands," he said at a public rally in Churu, Rajasthan.

India carried out "non-military, pre-emptive air strikes" across the Line of Control early this morning to target the terror group Jaish-e-Mohammed, which was planning more attacks in the country after Pulwama, the government said.

Here is what PM Modi said at the rally: