Aadhaar has a played a "big role" in ensuring that ration at proper rates, scholarships, pension and government subsidies reached the poor, he said. 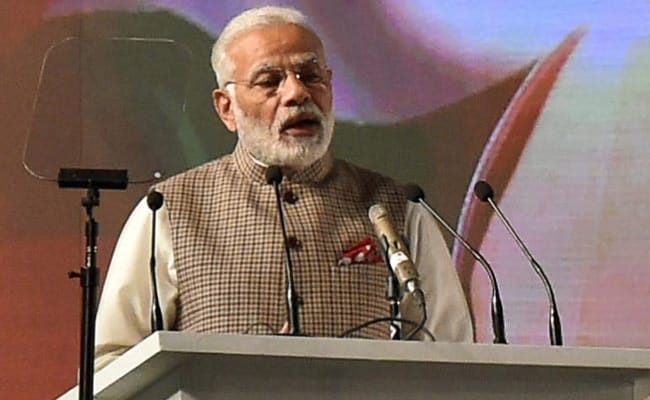 New Delhi: Noting that Aadhaar is helping in bringing about an "irreversible change" in people's interest, Prime Minister Narendra Modi today said the Unique Identification Number will work as a "big weapon" in the fight against benami property too.

Aadhaar has a played a "big role" in ensuring that ration at proper rates, scholarships, pension and government subsidies reached the poor, he said.

The Prime Minister made the remarks at the inaugural session of the 'Hindustan Times Leadership Summit - 2017' in New Delhi.

"Linking Aadhaar with mobile and Jan Dhan accounts have evolved such a system which was not even thought of till some years ago -- a system which is irreversible," PM Modi said.

"Earlier, pension money was distributed in crores of fake accounts. All that has been addressed with the help of Aadhaar in the last three years," he said.

Referring to the notes ban, he said it had brought about a "behavioural change" in the country. Corrupt people, for the first time after Independence, were scared of making illicit money, he said.

"The day the country will have a technical and digital address for all monetary transactions, organised corruption will be checked to a great extent," he said.

Promoted
Listen to the latest songs, only on JioSaavn.com
Black money coming into the banking system had also brought along with it massive data, a "treasure trove" that would enable the government take action against wrong-doers, he said, adding that ill-gotten wealth earlier funding a parallel economy was now a part of the formal economy.

Recently, Union Housing Minister Hardeep Singh Puri had reportedly said that property transactions would be linked to Aadhaar to eliminate black money from the real estate sector and help in addressing the issue of benami property.