Aadhaar Was Supposed To End Welfare Corruption, But Neediest May Be Hit Hardest

Aadhaar was launched in 2009 by former prime minister Manmohan Singh's government. It was touted as India's answer to the bureaucratic conundrum of managing the country's welfare allowances. 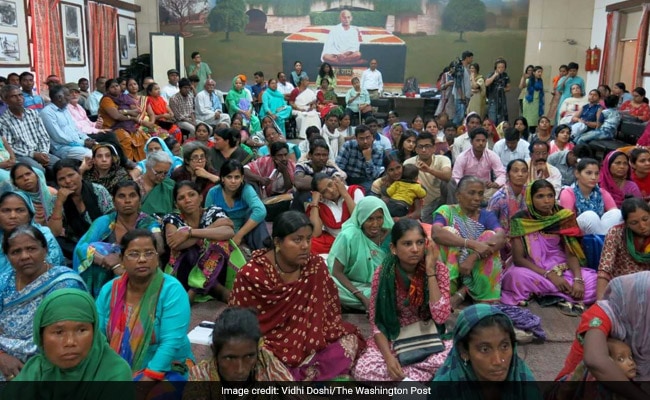 New Delhi: It's been nearly three years since Prime Minister Narendra Modi announced his "Digital India" initiative, pitched as an ambitious program to modernize this country of more than 1 billion people.

Since then, the government abruptly invalidated 86 percent of the cash in circulation, a move toward a "cashless society" that led to widespread panic and a currency crisis. It has launched dozens of apps to accompany various government programs - an app to report roadside piles of garbage to authorities, one to keep Indians up to date on Modi's speeches and even one to find lost children.

And undergirding the initiative is Aadhaar, an identification program that aims to collect each Indian citizen's information, such as fingerprints and retina scans, in a database linked to every part of that person's digital footprint: bank account numbers, cellphone details, income tax filings, voter IDs, ostensibly allowing the government to curb identity fraud and welfare corruption.

But since it began, the program has become increasingly troublesome, presenting privacy issues and preventing thousands of people from receiving basic entitlements, such as food rations, pensions and fuel subsidies.

For 10-year-old Nadini Singh, a clerical error on her ID card meant she could not return to school. She and her father, Netrapal, whose name is misspelled on her card, traveled an hour to a Delhi office of the Unique Identification Authority, which oversees Aadhaar, to correct the mistake this month, waiting for hours alongside a dozen other schoolchildren whose cards - made when they were toddlers - had similar errors.

The program had also caused problems for others in line. Kela Devi, who works at a government-run child-care center, had not received her salary for eight months because of authentication problems with her card. Avdesh Yadav, 34, couldn't access his bank account because his fingerprints didn't work in the bank's machine. Madanlal Nanda, 74, broke into tears when he explained that he had not received his pension for two months because his fingerprints, worn with age, wouldn't register in the machines. 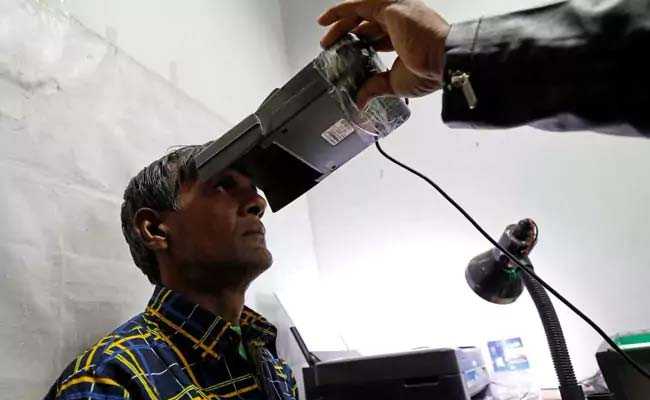 Nadini's father had been trying to fix the error on his daughter's card since January. With the school registration deadline only two days away, officials at the regional office rolled down the shutters, closing for the day. The Singhs would have to wait another day.

India's Supreme Court is hearing cases challenging the biometric program. Some petitioners argue Aadhaar impinges on basic constitutional rights. Others say it has led to needy people being excluded from welfare programs. One case suggests it could have resounding implications for people of lower castes who could face discrimination if biometrics are matched with surnames and addresses - often indicators of caste.

Modi's office and the Unique Identification Authority did not respond to requests for comment. But the government said in a Supreme Court hearing this week that Aadhaar is secure and that no one should be denied entitlements because of the biometric identification program.

Aadhaar was launched in 2009 by former prime minister Manmohan Singh's government. It was touted as India's answer to the bureaucratic conundrum of managing the country's welfare allowances. Modi, who raised serious concerns about the program during his election campaign, has embraced and extended it since taking office in 2014.

His government argues that Aadhaar is no longer just about clamping down on welfare corruption; instead, it is the government's answer to reducing corruption and finding solutions for tricky business problems.

In January, the government made Aadhaar mandatory to receive various benefits, including food rations - effectively pressuring millions of Indians to sign up for the program. State governments introduced machines at ration shops to identify people by their fingerprints, retinas or cellphone numbers, replacing the old handwritten ledgers.

But using the machines can be difficult in India, where connectivity problems are rampant and digital literacy is limited. "Every day, I have to turn two or three people away at least," said one ration shop owner. "The elderly find it the most difficult."

Privacy experts and activists, including Edward Snowden, the former U.S. National Security Agency contractor and whistleblower, fear the information could be used to snoop on citizens or misused by private companies that have access to it. Security experts say the details could be easily leaked or hacked.

"This is an incredible tool for surveillance," said Reetika Khera, an economist and social scientist at the Indian Institute of Technology Delhi. "There is little benefit, and it is devastating for the welfare system."

Reports in the local news media have pointed out various flaws in the way data is compiled. Government websites inadvertently displayed millions of people's personal details. Former village-level Aadhaar operators were suspected of accessing the database illegally and offering hoards of data to buyers, as reported this year in the Tribune, an Indian English-language newspaper. Parents are sometimes asked to use their fingerprints in place of their children's, creating authentication problems later. In some cases, mistakes by Aadhaar operators have led to dogs, trees and chairs reportedly being issued Aadhaar cards.

And activists say the core problem of welfare corruption remains.

Anjali Bhardwaj, of the Right to Food campaign, cited multiple cases of people being denied rations on the pretext of authentication failures - while government records showed that the rations had been taken, pointing to ration theft by shop owners.

But the program has also won international plaudits. A report by the Bill and Melinda Gates Foundation praised Aadhaar, saying it "makes it simpler and more secure for poor people to do business with banks." A World Bank report from 2016 said the program potentially saved India $11 billion every year: Former chief economist Paul Romer said Aadhaar was the most sophisticated system of its kind and should be adopted in other countries.

In Delhi, after the government office closed for the day, Nadini and her father made their way home empty-handed. They'll be back.

Promoted
Listen to the latest songs, only on JioSaavn.com
"We've been here for the past two days," Netrapal said. "But what can we do? If they don't help us today, we'll be back here tomorrow."