Shashi Tharoor expressed satisfaction that the government is willing to talk to the farmers but went on to add that the key question is whether they are ready to listen to the grievances of the farmers. 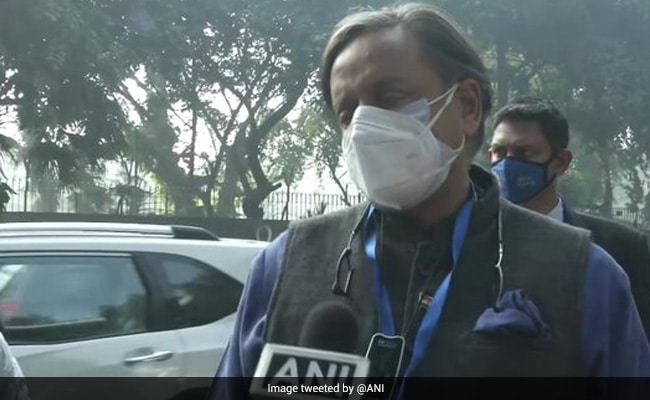 Shashi Tharoor expressed satisfaction that the government is willing to talk to the farmers.

Before submitting a memorandum of support to farmers' protest to President Ram Nath Kovind, Congress leader and MP from Thiruvananthapuram, Shashi Tharoor on Thursday said that the President has an important moral role in guiding the government to take steps towards resolving the stalemate.

"The stand of the party is well-known. We want the government to atone for their complete lack of consultation with the farmers before passing these bills by making a serious effort to address their concerns," Shashi Tharoor told ANI.

"I think the President has a very important moral role in encouraging and guiding the government and telling them not to stand on their legislative pride and prevent a resolution to the problem," he added.

The Congress MP further said: "No one wants the stalemate to continue and nobody wants to see the farmers suffering in the cold Delhi winter. At the same time, no one wants to see this paralysis and they want to see some progress. So, the President can push and encourage the government."

Shashi Tharoor expressed satisfaction that the government is willing to talk to the farmers but went on to add that the key question is whether they are ready to listen to the grievances of the farmers.

"The Prime Minister first started off by passing these bills without any consultation. Subsequently, he and his followers ignored them. Then they started denigrating them as Khalistanis, Pakistanis and Naxals.

Now, finally, they are saying that they are willing to talk. The key question is whether they are ready to listen. They should listen to the farmers," he said.

Meanwhile, as farmer unions continue with their protest demanding the repeal of the three agriculture laws, the Central government on December 20 invited farmer leaders for a fresh round of talks amid attempts to end the agitation.

The government has held several rounds of talks with the farmers so far. On December 8, Union Home Minister Amit Shah had held a meeting with the 13 representatives of farm unions. However, a day later, farmer leaders rejected a proposal sent by the Centre.

Farmers are protesting at the borders of Delhi since November 26 against the Farmers' Produce Trade and Commerce (Promotion and Facilitation) Act, 2020; the Farmers (Empowerment and Protection) Agreement on Price Assurance and Farm Services Act, 2020; and the Essential Commodities (Amendment) Act, 2020.