Pravasi Bharatiya Diwas 2019: The theme of this year's convention in Varanasi is 'role of Indian diaspora in building new India', a statement from the prime minister's office said Prime Minister Narendra Modi inaugurated the 15th Pravasi Bharatiya Diwas convention in his parliamentary constituency of Varanasi. For the first time, the three-day-long convention is being organised from January 21 to 23 instead of January 9 to allow participants to visit the Kumbh mela in Prayagraj and attend the Republic Day parade in New Delhi.

The theme of this year's convention is 'role of Indian diaspora in building new India', a statement from the prime minister's office said. The Prime Minister of Mauritius Pravind Jugnauth will be the chief guest of the Pravasi Bharatiya Diwas convention, while Himanshu Gulati, member of Parliament of Norway, will be the special guest.

The theme of this year's convention is 'role of Indian diaspora in building new India', a statement from the Prime Minister's Office said.

Here are the LIVE Updates of the 15th Pravasi Bharatiya Diwas convention:

PM Modi at Pravasi Bharatiya Diwas, Varanasi: Our Embassies&Consulates across the world are being connected with Passport Sewa Project. It will prepare a centralized system for passport related services for all. Now taking a step forward,work is on to issue chip-based e-passports pic.twitter.com/dZlNbfA3T9

Jan 22, 2019 13:18 (IST)
Government Removed Fake People: PM Modi
I'll give you another figure. In the last four and a half years, our government has identified nearly 7 crore fake people and removed them from the system. These 7 million were availing government benefits: PM
Jan 22, 2019 12:42 (IST)
"A former PM had said that only some money released from Delhi reaches people," he said.
But alas, this loot was not attempted to close this leakage, even in its 10-15-year rule of the latter. The middle class of the country has been doing honestly, and the party, which has been in power for so many years, is ignoring the 85 cent loot: PM
"We have used technology to finish this 85 per cent loot by 100 per cent," he said.
In the past four years, Rs 5 lakh 78 thousand crores - around 80 billion dollars have been transferred to their bank accounts directly under different schemes by our Government: PM
Jan 22, 2019 12:35 (IST)
We are moving towards becoming the world's largest start-up Ecosystem, the world's largest healthcare scheme Ayushman India is also running: PM Modi
Jan 22, 2019 12:32 (IST)
India in a position to lead the world in many spheres: PM
Today, India is in a position to lead the world in many cases. International Solar Alliance is one such platform. Through it we would like to take the world to one Grid, one Sun: PM
"Today, we are the fastest growing economic strength of the world, so in sports, we have to come out on becoming a big power," he added
Jan 22, 2019 12:29 (IST)
All of you who have settled in whichever country, have shown in the roll of leadership in almost every area of the society. And Mauritius PM Shri Pravind Jugnauth has been promoting it, says PM
In addition, many countries like Portugal, Trinidad-Tobago and Ireland have also gained the leadership of competent people whose roots are in India, he added.
Jan 22, 2019 12:21 (IST)
The campaign to communicate with all Indians around the worldwide was started by the dear revered Atal Bihari Vajpayee and this is the first convention after him: PM Modi
"Varanasi has been the centre of knowledge, religion and so I want to declare it as India's Brand ambassador," he added.
Earlier people said India cannot change. But, we have changed this thinking. we have shown change. The world these days looks at our advice with seriousness. As a result we bagged the environment award and Seoul prize: PM
Jan 22, 2019 12:14 (IST)
Happy to be in beloved Kashi today for the Pravasi Bharatiya Divas: PM Modi
"First of all, you all are welcome. I want to express my grievance over the passing of the Doctor Shri Shri Shivkumar Swami Ji. At Shri Siddhagaga Monastery of Tumkur, I had the opportunity to meet him and receive his blessings," the Prime Minister said.
"Happy to be in beloved Kashi today for the Pravasi Bharatiya Divas. This is an excellent forum to engage with the Indian diaspora, which is distinguishing itself all over the world, " he added. 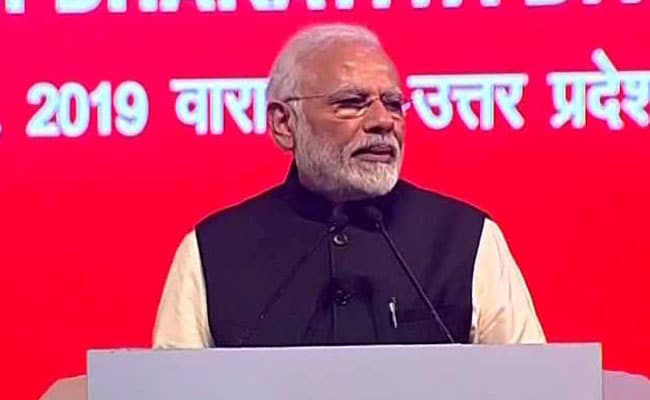 Varanasi: Prime Minister Narendra Modi and UP Governor present at the 15th Pravasi Bharatiya Divas. The summit will be inaugurated by the prime minister, shortly. pic.twitter.com/Mn4tkV6uSw 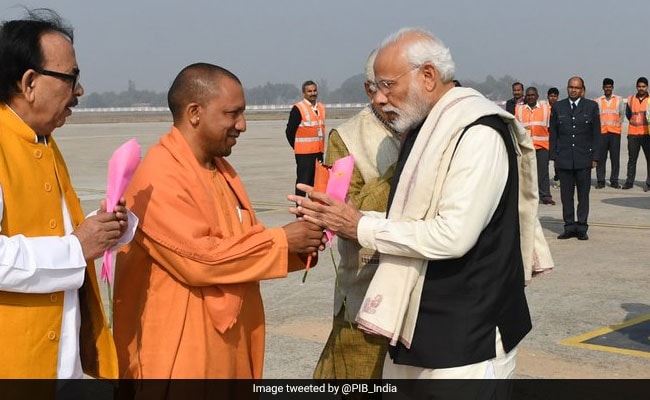 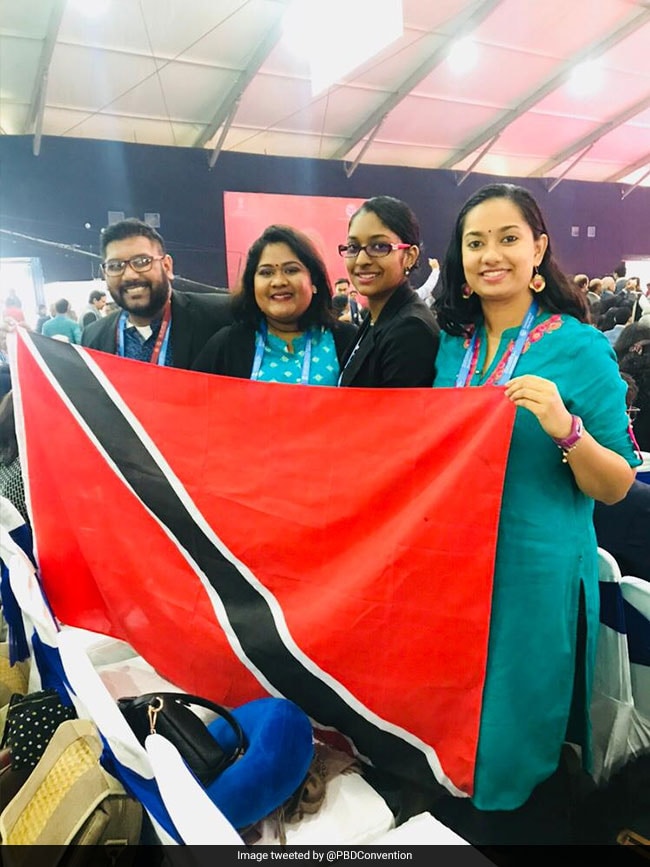 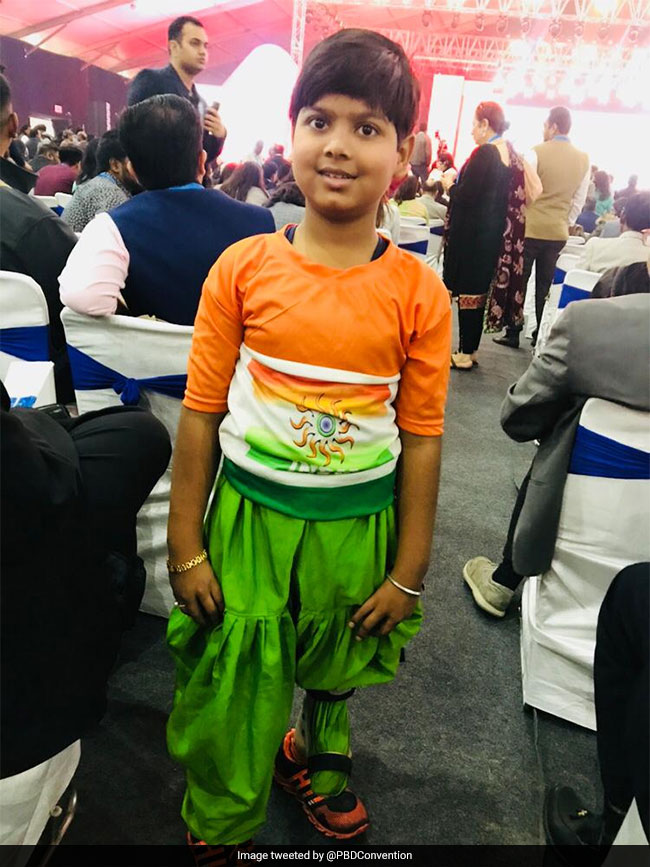 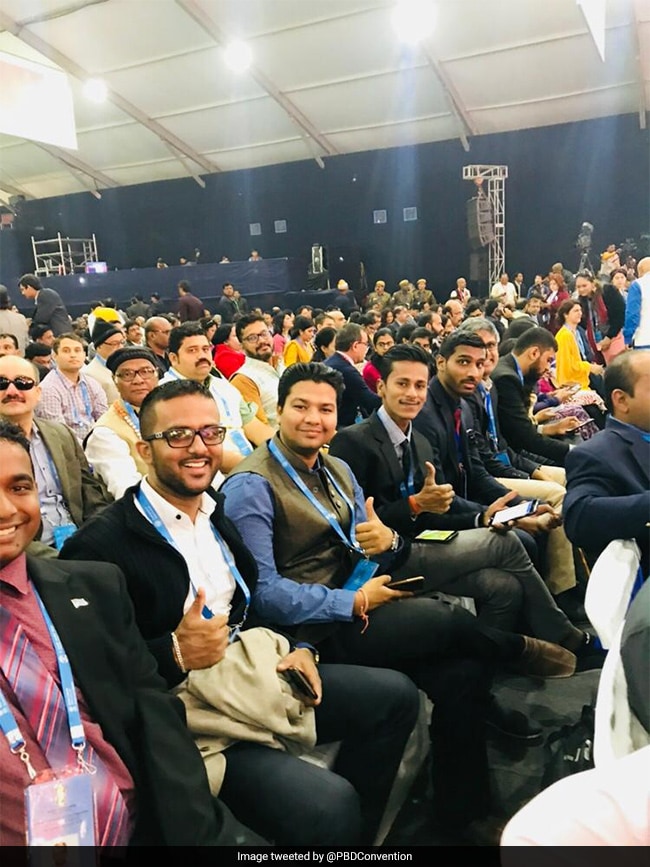 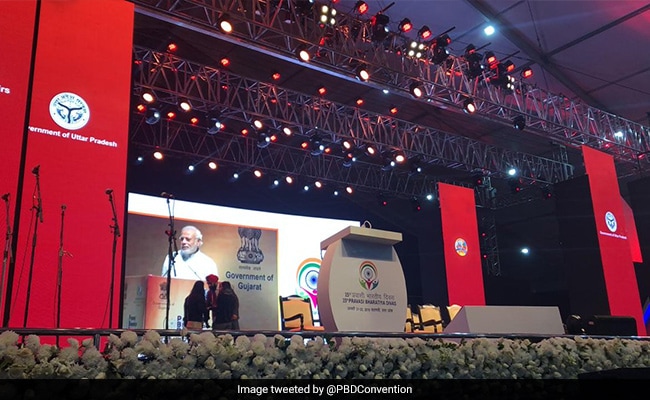 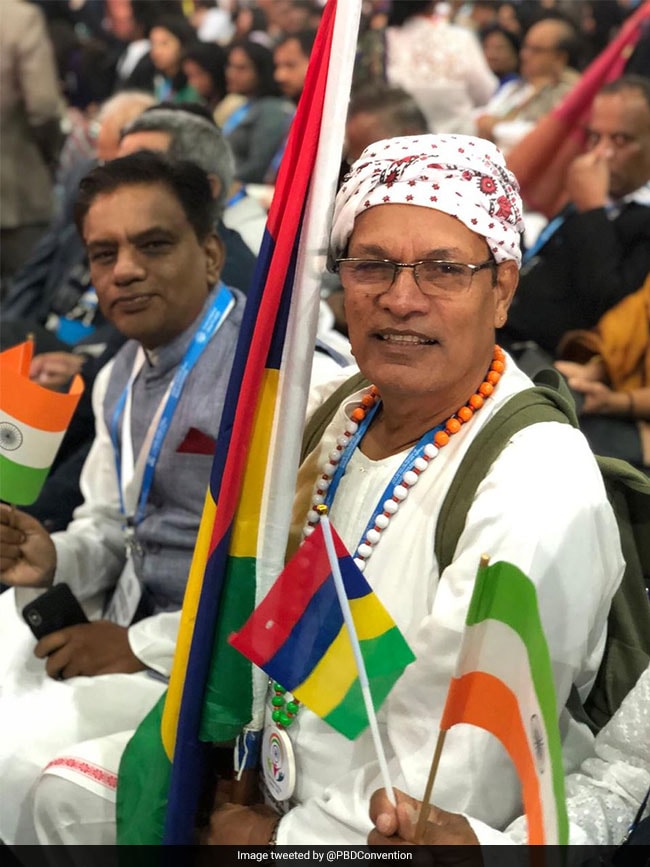 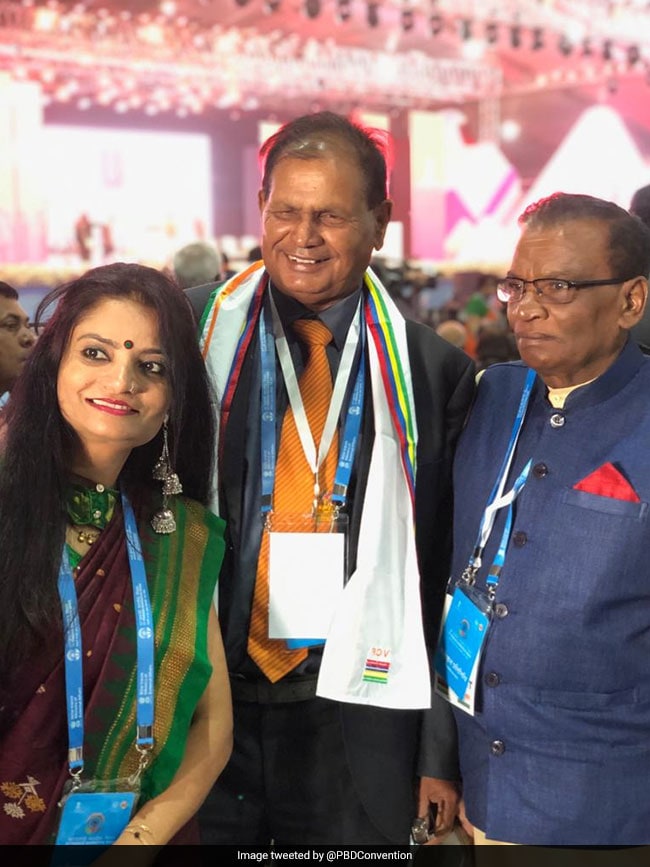 Varanasi is abuzz!
The stadium is filling up quickly before the inauguration of #PBD2019 gets underway! pic.twitter.com/sxZ80utAui

Looking forward to being in beloved Kashi today for the Pravasi Bharatiya Divas. This is an excellent forum to engage with the Indian diaspora, which is distinguishing itself all over the world. #PBD2019@PBDConvention