Locals said that the collapse has led to the area being cut off and further claimed that the rising waters have affected numerous villages around the rivers. 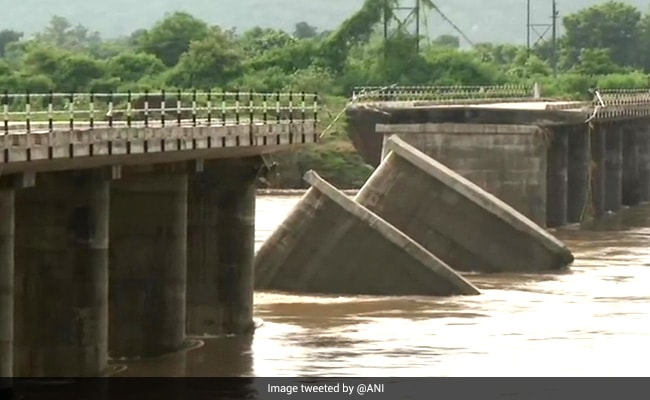 Portion of a bridge collapses in Ramtek, Nagpur district, following heavy rainfall in the region.

Heavy rains in the catchment area of rivers in Madhya Pradesh, led to a rise in water levels in several rivers in Maharashtra due to which portion of a bridge collapsed in the Nagpur district on Sunday.

Locals said that the collapse has led to the area being cut off and further claimed that the rising waters have affected numerous villages around the rivers.

The MLA from Ramtek, Ashish Jaiswal, stated that he was not aware if a flood warning had been received by the Maharashtra government from Madhya Pradesh, and added that more active measures for pre-flood evacuation should have been carried out.

"The catchment area of the river in Madhya Pradesh received heavy rainfall, therefore, it released large amounts of water from the dam. The rising water levels have affected several homes in the villages located near the river. Thousand of people have been affected due to it," Mr Jaiswal said.

"The bridge was constructed between 2015 and 2018, it used to connect many villages of the tribal communities. I have asked for an inquiry to be conducted behind its collapse and action will be taken against those who are found guilty," he added.