"Drama Has Begun": Union Minister On Demands To Scrap CAA After Farm Laws

Farmers have been protesting against the Centre's three farm laws since they were passed in 2020. 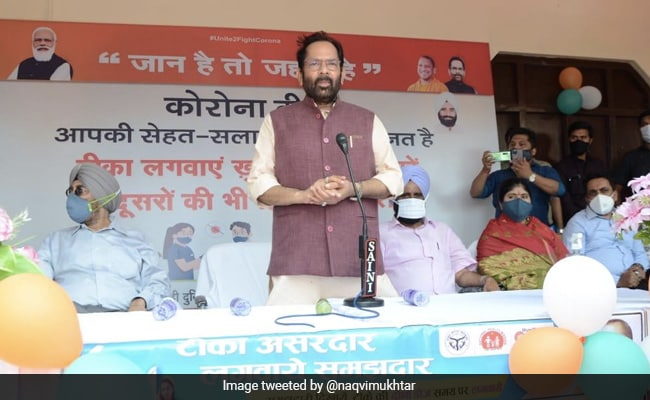 After the Centre's announcement on repealing of the three farm laws, Union Minority Affairs Minister Mukhtar Abbas Naqvi on Sunday said that the 'political drama' around the issue has already begun with demands to repeal the Citizenship (Amendment) Act and scrap abrogation of Article 370.

"Political drama has begun. Somebody says CAA should be repealed, abrogation of Article 370 should be scrapped," Mr Naqvi said in Moradabad.

Further, talking about CAA and Article 370, Mr Naqvi said, "They know it well that CAA isn't about taking away citizenship but providing citizenship to oppressed minorities in Bangladesh, Pakistan, and Afghanistan."

"With the abrogation of Article 370, a lot of issues have been resolved in Jammu and Kashmir and Ladakh, people have been brought to the mainstream. They are also becoming a part of political process," he added.

In his address to the nation last week, PM Modi said, "We have decided to repeal all three farm laws, will begin the procedure at the Parliament session that begins this month. I urge farmers to return home to their families and let us start afresh."

Farmers have been protesting against the Centre's three farm laws since they were passed in 2020.

The three farm laws are: The Farmers' Produce Trade and Commerce (Promotion and Facilitation) Act provides for setting up a mechanism allowing the farmers to sell their farm produce outside the Agriculture Produce Market Committees (APMCs). Any licence-holder trader can buy the produce from the farmers at mutually agreed prices. This trade of farm produce will be free of mandi tax imposed by the state governments.

The Farmers (Empowerment and Protection) Agreement of Price Assurance and Farm Services Act allows farmers to do contract farming and market their produces freely.