Policeman Shot Dead By Terrorists In Jammu And Kashmir's Pulwama 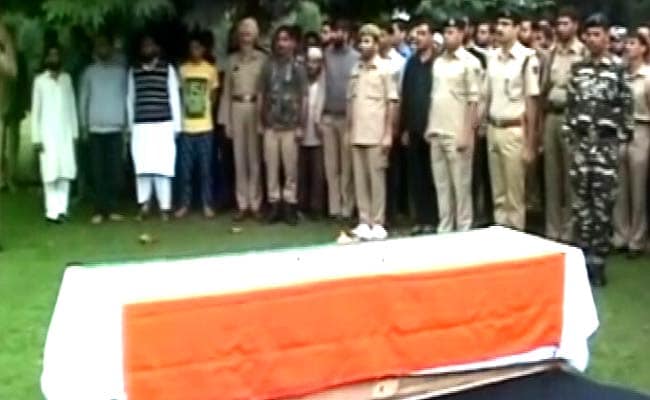 Srinagar: A policeman was shot dead this morning by terrorists in Jammu and Kashmir's Pulwama, police said.

Constable Khursheed Ahmad Ganai was reportedly shot dead near his home at Koil village in Pulwama district. Police said that Mr Ganai was going to fetch milk when he was fired upon by terrorists. He died on the spot.

Mr Ganai was posted at district police lines in Pulwama and had gone to his home yesterday evening.

Constable Khursheeed is survived by his wife and two children.

Police sources this was an attempt to demoralise the police force who are on the forefront in dealing with the civilian unrest in Kashmir.

Earlier this week, five policemen, including two officers, were injured in a terror attack in Pulwama. The terrorists had targeted the police convoy with grenades.

Clashes also erupted in the district after the police foiled a pro-separatist rally. Following clashes and stone pelting, the security forces opened fire in which a teenager was killed.

More than 100 people -- including 16 security forces personnel -- were injured in the clash in Pulwama.

The clashes took place on a day when Home Minister Rajnath Singh reached Srinagar and initiated dialogue with political parties.

At least 70 people, including two cops, have been killed and several thousand others injured in the clashes that erupted after Hizbul terrorist Burhan Wani was shot dead in an encounter by security forces on July 8.