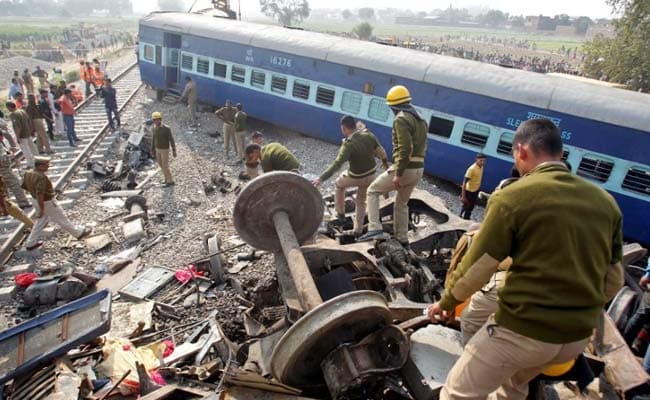 At least 146 persons have died in Indore-Patna Express accident.

Lucknow: An FIR was today registered against unknown railway personnel in Indore-Patna Express derailment in Kanpur Dehat, that has claimed at least 146 lives.

Promoted
Listen to the latest songs, only on JioSaavn.com
Till now 146 persons have died, out of which 130 have been identified and 127 bodies have been handed over to their family members, DGP office sources said.

Among those killed, 68 are from UP, 28 from MP, 31 from Bihar, two from Maharastra and one from Jharkhand.