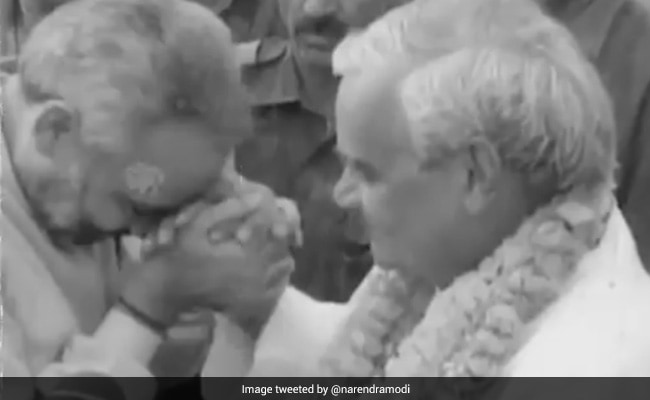 "Tributes to beloved Atal Ji on his Punya Tithi. India will always remember his outstanding service and efforts towards our nation's progress," PM Modi tweeted.

The montage features photos and videos of Mr Vajpayee taken during his long career in politics.

PM Modi's voiceover plays in the video: "This country will never forget Atal ji's sacrifice. Under his leadership India held its head high as a nuclear power. As a politician, a Member of Parliament, a minister or Prime Minister, Atal ji has performed very well in many roles. Many great things can be said about Atal ji's life, and no one aspect is lesser than the other. His speeches used to be talked about. In future if some expert analysed his speeches, the strength in his silence would turn out many times stronger than his speeches. In parliament also, he would only say a few words. People would get the message from his silence..."

Tributes to beloved Atal Ji on his Punya Tithi. India will always remember his outstanding service and efforts towards our nation's progress. pic.twitter.com/ZF0H3vEPVd

Towards the end of the montage some photos show a younger PM Modi taking blessing from Mr Vajpayee.

Home Minister Amit Shah also tweeted in memory of the former Prime Minister. "Bharat Ratna Shri Atal Bihari Vajpayee ji was the voice of patriotism and Indian culture. He was a dedicated politician as well as a skilled organiser who played an important role in the foundation and growth of the BJP and inspired millions of workers to serve the country," Mr Shah said. 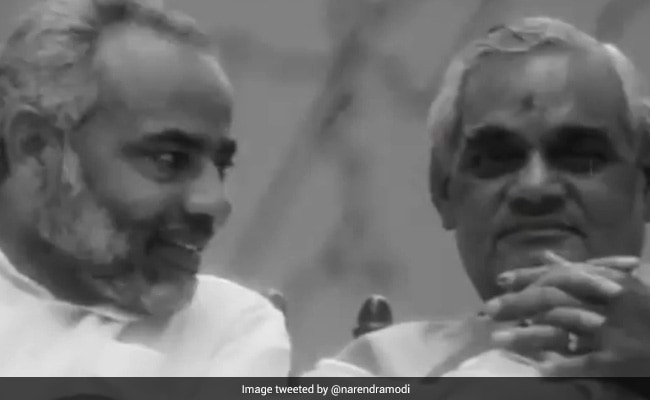 Apart from politics, Mr Vajpayee was a prominent writer and wrote a number of poems.