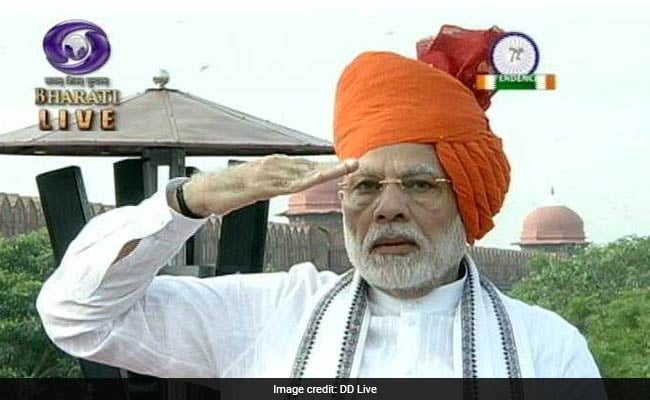 PM Narendra Modi paid tribute to those who sacrificed their lives for independence.

Prime Minister Narendra Modi today paid tributes to our freedom fighters and the armed forces for protecting the national flag.

"On behalf of the people of India, I bow to all those great women and men who sacrificed themselves for the nation during the freedom movement," he said in his speech after unfurling the national flag at the Red Fort.

"I salute the Army personnel and other forces who sacrifice their lives to protect India's national flag," PM Modi said.

In his speech the PM said his thoughts also lay with the families of those who have lost their lives due to floods in various parts of India.