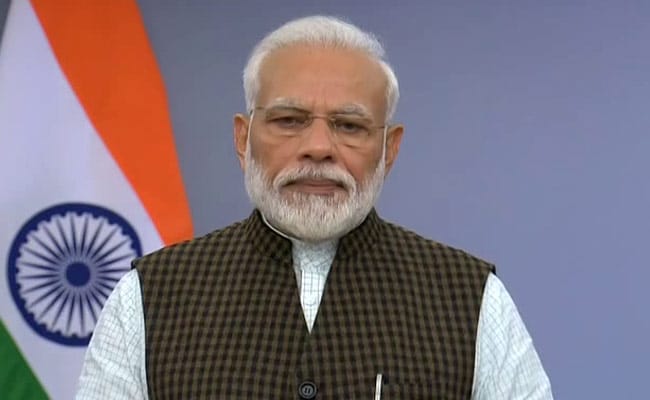 Prime Minister Narendra Modi described as "deeply distressing" the violence on Sunday evening during protests at the Jamia Millia Islamia University against the citizenship law. Damage to public property and disturbing normal life had not been part of the country's ethos, he said in tweets today.

"Violent protests on the Citizenship Amendment Act are unfortunate and deeply distressing. Debate, discussion and dissent are essential parts of democracy but, never has damage to public property and disturbance of normal life been a part of our ethos," wrote PM Modi.

"The need of the hour is for all of us to work together for the development of India and the empowerment of every Indian, especially the poor, downtrodden and marginalised. We cannot allow vested interest groups to divide us and create disturbance," he added.

The Prime Minister tweeted a day after protests against the citizenship law escalated at two universities - Jamia Millia Islamia in Delhi and the Aligarh Muslim University in Uttar Pradesh. The police have been accused of using excessive force to control both the protests, which left scores of students injured and property damaged.

The Citizenship (Amendment) Act passed last week makes it easier for non-Muslims from Pakistan, Afghanistan and Bangladesh to become Indian citizens. Opposition parties have demanded the scrapping of the law which, they say, discriminates against Muslims and is against secular principles of the constitution.

As PM Modi blamed Sunday night's violence on "vested interests", opposition parties including the Congress and the Left said he was trying to mislead the nation and that they had appealed to the people against violence and "falling in the trap of a Hindu and Muslim divide and communal polarization".

Opposition parties, addressing the media together, announced they would intensify the campaign against the controversial citizenship law. They will be meeting with President Ram Nath Kovind tomorrow to register their protest.