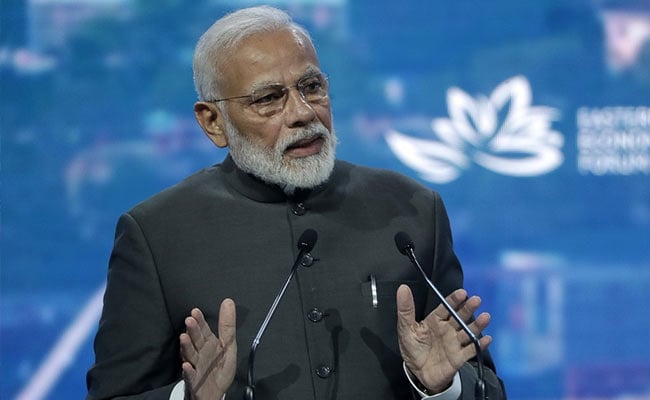 Four years after he announced a surprise decision to replace nearly 86 per cent of all of India's cash sending shockwaves through the economy which is yet to fully recover, Prime Minister Narendra Modi on Sunday defended the move, saying it had reduced corruption and increased transparency.

People stood in queues for weeks at ATMs and banks to withdraw new notes which were rationed, plunging businesses into chaos.

In a famous speech, he asked people to bear the pain for 50 days and if the situation did not improve, he said, he was ready for "any punishment".

It took months for people to get the cash they needed and India's annual economic growth slid from 8.25 per cent in 2016 to 5.02 per cent in 2019, according to the World Bank.

On the fourth anniversary of the decision on Sunday, PM Modi tweeted:

Demonetisation has helped reduce black money, increase tax compliance and formalization and given a boost to transparency.

These outcomes have been greatly beneficial towards national progress. #DeMolishingCorruptionpic.twitter.com/A8alwQj45R

Initially billed as a silver bullet to eliminate everything from ill-gotten wealth to terrorism, demonetisation has been widely seen by economists as a major blunder.

Meant to wipe out black money, the Reserve Bank of India said 99.30 per cent of all notes banned managed to come back into its system.

The government, however, has stubbornly defended the move even in the face of scorching opposition criticism.

The ruling BJP on Sunday said demonetisation was an "attack" on corruption and black money that were rampant during the "lost decade" of the Congress-led UPA government.

It resulted in cleaning up of the economy, formalisation of the informal sector and revenue aggregation, BJP spokesperson Rajeev Chandrasekhar said.