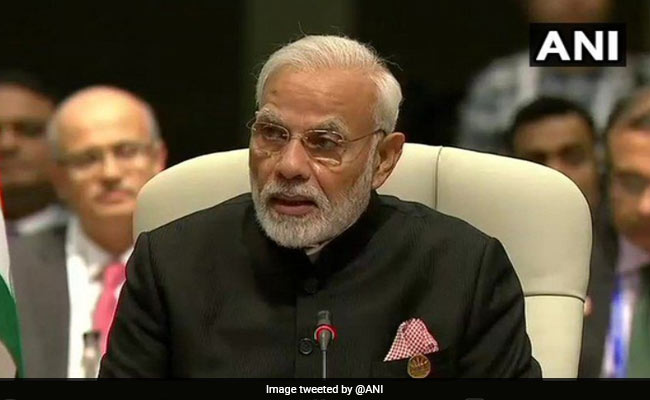 According to an official, as many as 22 states have preferred to run the Ayushman Bharat scheme

Prime Minister Narendra Modi is likely to announce the launch of the Ayushman Bharat-National Health Protection Scheme (AB-NHPS) on a pilot basis in some states on the occasion of Independence Day, with the full-scale roll-out of his pet project expected in September end, sources said.

The scheme will target poor, deprived rural families and identified occupational category of urban workers' families, 8.03 crore in rural and 2.33 crore in urban areas, as per the latest SECC data, and will cover around 50 crore people.

"Prime Minister Narendra Modi will talk about the scheme in his Independence Day speech and is also likely to announce its launch on a pilot basis in some states tomorrow," a government official said.

While Punjab, Kerala, Maharashtra, Karnataka and Delhi are yet to come on board, Odisha has refused to be a part of the scheme, the official said.

According to the official, as many as 22 states have preferred to run the scheme on "trust model".

The Centre has allocated about Rs 10,000 crore for the project, which is claimed to be the world's largest government funded healthcare insurance programme. It is yet to release its share of the funds to the states.

The Union health ministry has launched a formal process to empanel public and private hospitals to achieve universal health coverage under the programme.

The centre was simultaneously carrying out beneficiary identification. Under the process, 80 per cent of beneficiaries, based on the Socio Economic Caste Census (SECC) data in the rural and the urban areas, have been identified.

The health ministry has included 1,354 packages in the scheme under which treatment for coronary bypass, knee replacements and stenting among others would be provided at 15-20 per cent cheaper rates than the Central Government Health Scheme (CGHS).

"Each empaneled hospital will have an 'Ayushman Mitra' to assist patients and will coordinate with beneficiaries and the hospital. They will run a help desk, check documents to verify the eligibility and enrolment to the scheme," the official said.

Also, all the beneficiaries will be given letters having QR codes which will be scanned and a demographic authentication conducted for identification and to verify his or her eligibility to avail the benefits of the scheme.

Further, the government recently clarified that the NABH is not mandatory for the hospitals to get empaneled under the scheme. However, hospitals with NABH/NQAS accreditation can be incentivised for higher package rates subject to procedure and costing guidelines.

Also, the basic empanelment criteria allows empanelment of a hospital with a minimum of 10 beds, with the flexibility provided to the states to further relax this if required.