India and Israel signed nine agreements, including ones on cooperation in the oil and gas sector and co-production of films on the second day of the visit of Israel Prime Minister Benjamin Netanyahu. 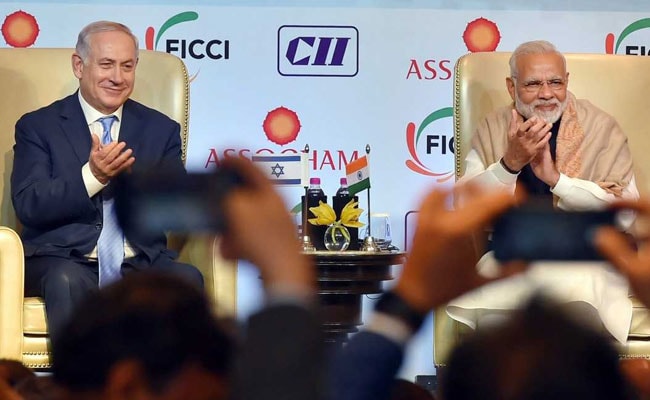 New Delhi: Prime Minister Narendra Modi has invited Israeli defence companies to India for co-production during his bilateral meeting with Benjamin Netanyahu, his Israeli counterpart whom he referred to as "my friend Bibi". The two countries signed nine agreements, including ones on cooperation in the oil and gas sector and co-production of films. The two leaders also held extensive talks on controlling terror, a matter on which Israel has a tough stand. The two nations have also decided to work on a free trade pact that Israel has been pushing for, reported news agency Reuters

After Outrage Over Remarks On Maharana Pratap, BJP Leader Apologises