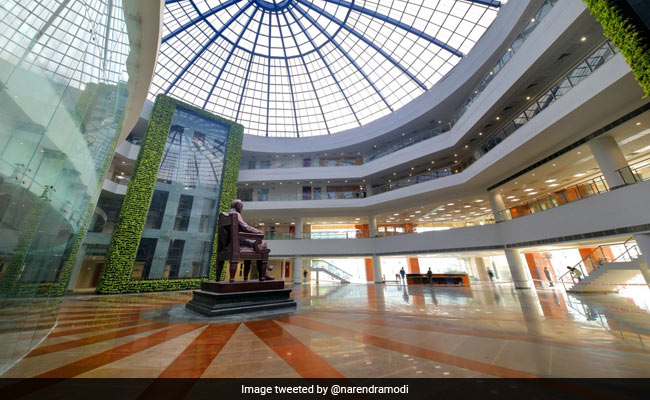 Prime Minister Narendra Modi today inaugurated the B R Ambedkar International Centre here and said it would be an important place for research on social and economic issues.

The prime minister also unveiled two statues of the Dalit icon at the centre in Janpath.

"The centre will prove to be an inspiration for the promotion of the thoughts and teachings of Dr Ambedkar. The centre will be an important place for research on social and economic issues," Mr Modi said. He added that the five pilgrimage spots -- in Delhi, Mumbai, Nagpur, Mhow and London -- were like a homage from the present generation.

The Dr. Ambedkar International Centre is a fusion of Buddhist and present day architecture. It includes seminar as well as conference halls. There are three auditoriums and an extensive library with a rich digital repository. pic.twitter.com/LjZeowlkXV

"I think that this centre is for the youth... where they can see and understand the vision of Babasaheb Ambedkar," the prime minister said.

The centre, he said, was a fusion of Buddhist and modern architecture.

He had laid the foundation stone of the centre in 2015.
Comments
Narendra ModiB R Ambedkar International CentreB R Ambedkar