PM Modi completion of projects within a given time frame is no longer confined to paper but has become a reality. 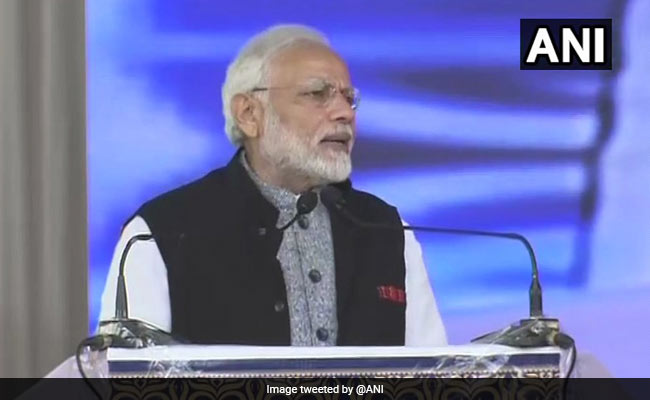 Prime Minister Narendra Modi on Tuesday said his government has changed the "dilly-dallying" work culture regarding implementation of development projects.

Addressing a rally after inaugurating the country's longest rail-cum-road bridge, at Bogibeel in Assam, he said completion of projects within a given time frame is no longer confined to paper but has become a reality.

"We have changed the earlier 'latkane bhatkane' (dilly-dallying) work culture... Completion of projects within a time frame is no longer confined to paper but has become a truth in the real sense," he said in a apparent dig at the previous Congress-led UPA government.

If former prime minister Atal Bihari Vajpayee had a second term, Bogibeel Bridge would have been ready by 2008-09. After his government, no attention was paid to the project till 2014, the prime minister said.

He also launched a scathing attack on the Congress, without naming anyone, saying that no one could have even thought four years back that the 'key secret player' (sabse bada raajdar) in the AgustaWestland helicopter deal would ever be in an Indian jail.

Asserting that the Bogibeel bridge will strengthen the country's defence prowess with movement of vehicles and trains, he said, it is not only a bridge, it is a lifeline for crores of people in Assam and Arunachal Pradesh.

The bridge will cut down rail distance (between Dibrugarh in Assam to Naharlagun in Arunachal Pradesh) to below 200 km from 700 km now, PM Modi said.

After inaugurating the bridge, the prime minister flagged off the Tinsukia-Naharlagun Intercity Express, which will run five days a week and use the 4.9-km bridge to cut down the train-travel time between Tinsukia in Assam to Naharlagun town of Arunachal Pradesh by more than 10 hours.

Itanagar, the capital of Arunachal Pradesh is just over 15 km from Naharlagun.