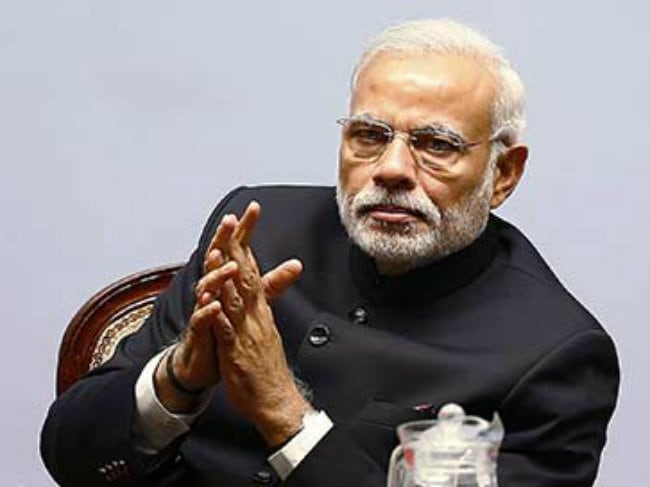 New Delhi: Pushing for time-bound effort to stop pollution of the Ganga, Prime Minister Narendra Modi today said legal actions should be taken against polluting industrial units and suggested setting up of environment- friendly crematoria along the river in achieving the goal.

Chairing a meeting in New Delhi on Ganga-cleaning process called the 'Namaami Gange', he said, focus should primarily be on two main areas to check pollution at the source -- urban sewage and industrial effluents.

He called for time-bound, swift action and single-minded focus to stop pollution of the Ganga, a PMO statement said.

The prime minister was briefed about critical hotspots where the Ganga is mostly polluted and the gaps in sewage treatment capacity were highlighted.

PM Modi said industrial units should be motivated suitably to stop pollution, failing which action should be initiated within the framework of existing laws, the statement said.

A total of 764 grossly-polluting industrial units have been identified along the stretch of the river, considered the lifeline of the country. Tanneries, pulp and paper and sugar industries account for over three-fourth of this number.

He also suggested exploring of the possibility of setting up modern, environment-friendly crematoria along the Ganga, through private initiatives and enterprises.

The meeting was told that the concept of a network of volunteers to help end pollution of the river - 'Ganga Vahini' - has been approved and steps are being taken to operationalise this network.

Promoted
Listen to the latest songs, only on JioSaavn.com
118 Urban Local Bodies have been identified to be covered within five years, in a targeted attempt to control pollution.

The prime minister was also briefed on ongoing sewerage and riverfront development projects.