After his visit to Daman, Prime Minister Modi will travel to Tamil Nadu's Chennai where he will launch the Amma Two Wheeler Scheme - a welfare scheme by the State Government - on the eve of the birth anniversary of AIADMK supremo, J J ayalalithaa. 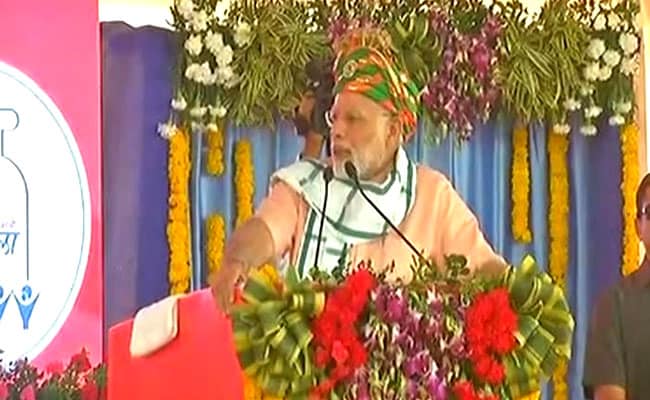 Daman/Chennai: Prime Minister Narendra Modi arrived at Daman today where he launched a number of development projects and handed over certificates to beneficiaries of various official schemes. He also addressed a public meeting at the union territory. After his visit to Daman, Prime Minister Modi will travel to Tamil Nadu's Chennai where he will launch the Amma Two Wheeler Scheme - a welfare scheme by the State Government - on the eve of the birth anniversary of AIADMK supremo, J Jayalalithaa.

He is to visit Puducherry on Sunday where he will address a public meeting and also visit the Aurobindo Ashram and Auroville.

Here are the live updates of PM Modi's visit to Daman:

I am grateful to the people of Chennai for the extremely warm welcome. Here are some glimpses. pic.twitter.com/tbDXTevOlK

Spoke about the steps being taken by the Central Government towards transforming the lives of fishermen, and ensuring that they have access to better avenues of prosperity.

It is wonderful how Daman has become a mini-India. People from all over the country live and work here: Prime Minister @narendramodi in Daman

I congratulate the people and local administration for making this place open defecation free. This is a big step: Prime Minister @narendramodi in Daman

This public meeting in Daman is historic- not only in terms of the number of people who have joined us but also in terms of the development projects being launched from here: PM @narendramodi 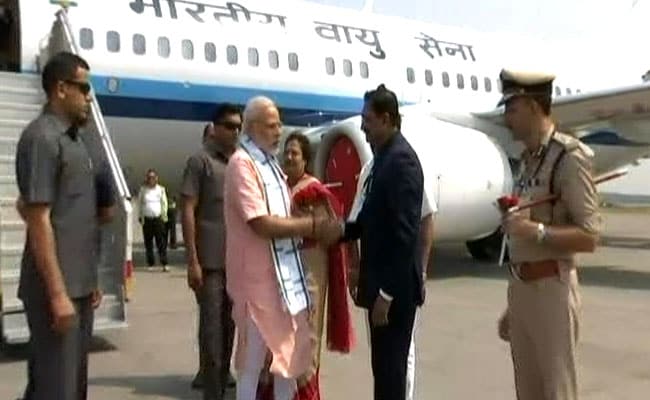 Prime Minister Narendra Modi arrives in Gujarat's Surat. He is to visit Daman later soon after.
Feb 24, 2018 10:07 (IST)
Mr Panneerselvam, or OPS as he is called, had said that it was the nudge from PM Modi that led him to agree to the merged of the two factions created after J Jayalalithaa's death in December 2016.
Feb 24, 2018 10:07 (IST)
PM Modi's visit comes days after Deputy Chief Minister O Panneerselvam confirmed speculation that the BJP's top leadership, particularly PM Modi, had a role to play in the merger of the AIADMK's two factions; one led by him and another by Chief Minister E Palaniswami.
DamanPM Modi