"Lord Ram Revered In Many Countries Like Indonesia": PM At Ayodhya Event 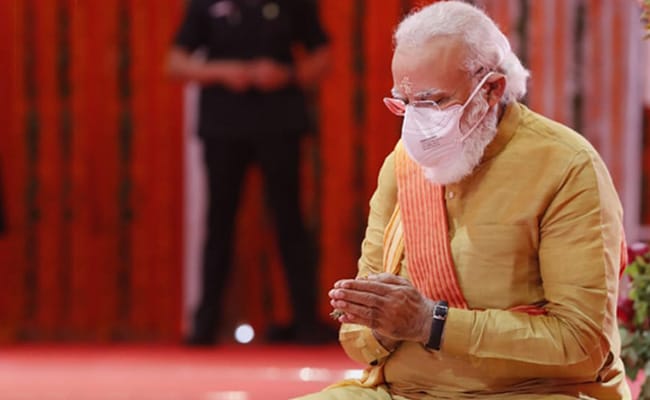 I believe the Ram temple to be built here will inspire the entire humanity, PM Modi said(FILE)

Lord Ram is revered in several countries, including Indonesia which has the largest Muslim population, and the temple in Ayodhya will serve as an inspiration for the entire humanity till eternity, Prime Minister Narendra Modi said on Wednesday.

Addressing a gathering after the ground-breaking ceremony of the temple at the spot where many devout Hindus believe Lord Ram was born, he listed the Ramayanas popular in countries such as Indonesia, Cambodia, Laos, Malaysia, Thailand, Sri Lanka and Nepal.

He said references to Lord Ram are also found in Iran and China, and ''Ram Kathas'' are popular in several countries.

There are so many countries in the world where Lord Ram is worshipped and people consider themselves attached to him.

The country with the world's largest Muslim population is Indonesia and even there various Ramayanas are popular and Ram is revered, Pm Modi said.

In Sri Lanka, the story of Ramayana by the name ''Janki Haran'' is told, while Nepal's ties with Ram are connected through ''Mata Janki'', the prime minister said.

"Like this, there are several countries where Ram is part of their beliefs and past," he said.

"I believe that the Ram temple to be built here will inspire the entire humanity till eternity," PM Modi said.

He noted that it is important that the message of Lord Ram, Ram temple and of our age-old tradition reaches the entire world.

Keeping this in mind, the ''Ram circuit'' is being made in the country, PM Modi said.