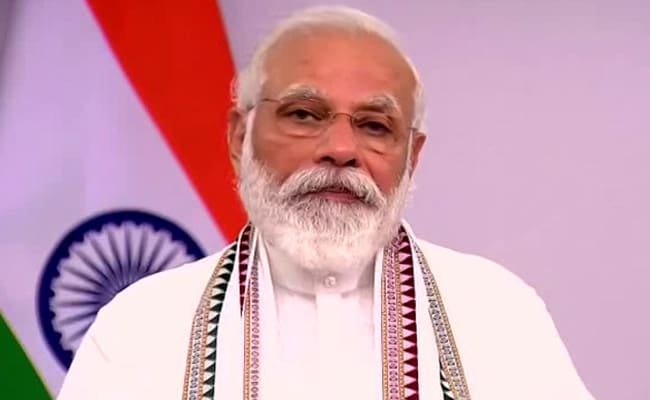 Prime Minister Narendra Modi today applauded the contribution of people, authorities and NGOs of Varanasi in helping those in need during the COVID-19 pandemic, and urged citizens to strictly adhere to guidelines to prevent the spread of the deadly virus.

Varanasi, which is also known as Kashi, is the Prime Minister's parliamentary constituency.

Referring to the size and population of Uttar Pradesh, he said with nearly 24 crore people, the state checked the pace of COVID-19 spread. He also pointed out that those infected with the virus are also recovering fast.

PM Modi said Brazil with an almost similar population to that of Uttar Pradesh has seen thousands of deaths due to COVID-19 but in UP, the deaths were limited to nearly 800.

He said Varanasi can emerge as an export hub and develop as a key centre of 'Aatmanirbhar Bharat' campaign in the coming days.