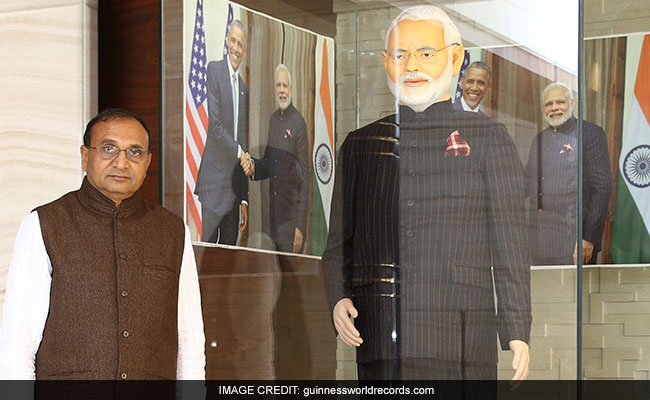 PM Narendra Modi's famous suit was bought by a Surat-based merchant at an auction.

New Delhi: It has been called India's most famous suit and now it will have a place in the Guinness Book of World Records.

Last year, the suit worn by Prime Minister Narendra Modi with his name woven into it in gold pinstripes made headlines after a three-day auction that saw businessmen, diamond merchants and a teacher making offers.

The suit finally went to 62-year old Laljibhai Patel, a Surat-based diamond merchant, for Rs 4.31 crore and the money was assigned for the Prime Minister's campaign to clean the River Ganga.

The suit made it to the Guinness Book of World Records as the "most expensive suit (clothing) sold at auction", news agency ANI reported on Saturday. 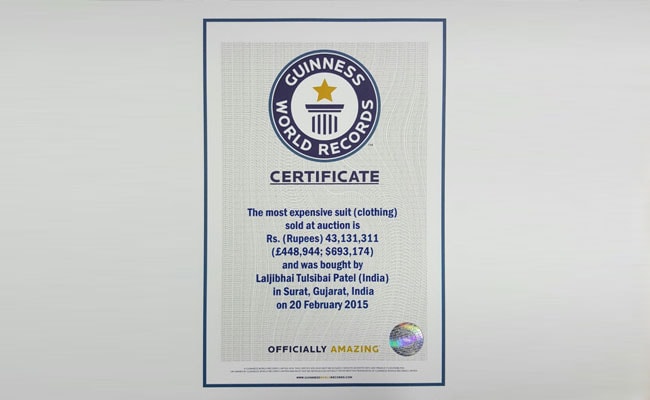 Guinness World Records recognised the suit on their website.

A jubilant Mr Patel, who had doggedly outbid other buyers, declaring that the "sky's the limit", had told NDTV that he would display the suit at his factory. "It's a matter of pride that a suit worn by Narendra Modi will now be mine," he had said.

The tailored navy suit worn by PM Modi during US President Barack Obama's visit in January last year was mocked by opposition parties as an example of narcissism and extravagance in a country where many live in extreme poverty.

The suit was auctioned along with over 400 other gifts PM Modi has received since becoming Prime Minister. These included the replicas of the Pashupatinath Temple and the Statue of Liberty that the Prime Minister received as gifts, which went for over a crore rupees.