Economic Affairs Secretary Subhash Chandra Garg said a lot of specificity will be brought into the scheme by the first quarter of the next fiscal. 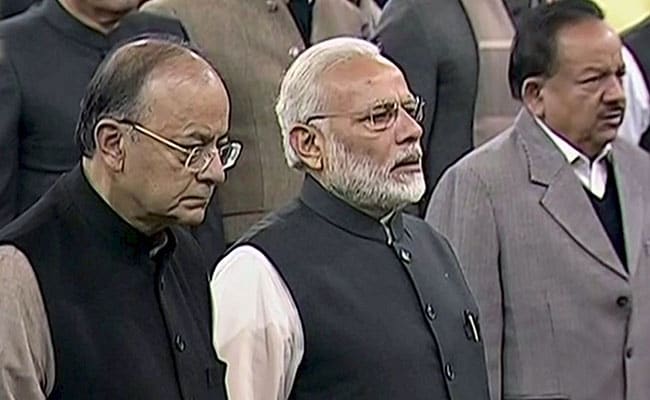 New Delhi: Disclosing details of the mega healthcare scheme announced in the Budget, the government on Friday said this will be jointly executed by the centre and states and will incur a total cost of up to Rs 10,000 crore in the first year.

The healthcare scheme is likely to be launched on either August 15 or October 2, according to reports.

Economic Affairs Secretary Subhash Chandra Garg said a lot of specificity will be brought into the scheme by the first quarter of the next fiscal.

"Based on the experience of Rashtriya Swasthya Bima Yojana (RSBY) and some number crunching by the Health Ministry -- also a belief that this will be a shared scheme between Centre and state -- it places the next year's requirement at around Rs 4,000 crore," Mr Garg told IANS.

The Secretary said the scheme would cover the poor and near-poor families which would be identified based either on the Socio-Economic Survey or the poverty line.

Mr Garg added that unlike the RSBY, the health coverage in the scheme will be automatic. "People don't have to apply. That's another beauty of the scheme in comparison with RSBY where individual registrations were to be made.

"This is the coverage that the government provides," Mr Garg said.

He added that "specific illnesses" will be covered for 10 crore families and they would be entitled to hospital expenses up to Rs 5 lakh.

Referring to those specific illnesses, he said "these are the kind of emergencies which put many of these households in a state of poverty".

Terming it as the world's largest government funded healthcare programme, Finance Minister Arun Jaitley on Thursday announced the National Health Protection Scheme under which Rs 5 lakh cover will be provided a year to 10 crore poor and vulnerable families in the country.
Comments
PM ModiModicare