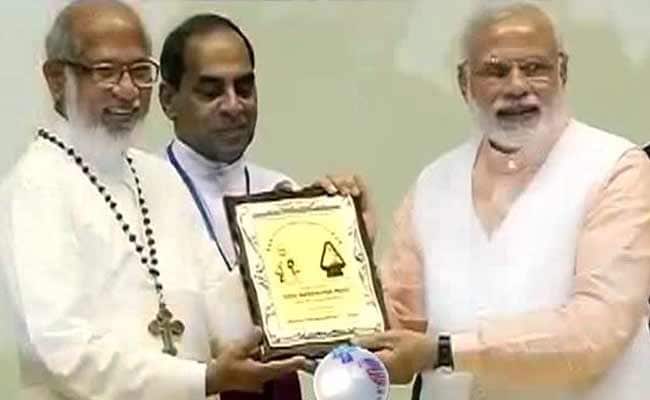 Prime Minister Narendra Modi's strong remarks today against religious violence and intolerance had many of his purported fans criticizing him on social media.

Breaking his silence after a series of church attacks, PM Modi today warned that his government would not allow any group to incite hatred and would take tough action.

He was speaking at an event organized by Christian groups to celebrate the beatification of two Indians.

One tweet said PM Modi "is succumbing to seculars, who don't just hate him, but, hates the whole India."

Many posted their comments using the hashtag "#SecularModi" to express their disappointment.

Some comments were positive. "Walk the Talk. Dont just talk," wrote A Dhanvantri.

"We are with you but our concern is what you are taking action against dividing elements. You not Only spoke but also take action,"  said one tweet.

Promoted
Listen to the latest songs, only on JioSaavn.com
"My government will not allow any religious group, belonging to the majority or the minority, to incite hatred against others, overtly or covertly," Mr Modi had said at a conference to mark the beatification of two Indians.

"We cannot accept violence against any religion on any pretext and I strongly condemn such violence. My government will act strongly in this regard," he pledged.