Responding to questions during a Twitter townhall on Friday, Prashant Kishor spoke about what he thought was PM Modi's biggest strength.

Prashant Kishor said assembly results show that people might be voting against the BJP.

Prime Minister Narendra Modi is a good listener, but he needs to be more benevolent, says poll strategist-turned-Janata Dal United leader Prashant Kishor, adding Congress president Rahul Gandhi has gained confidence. As a master strategist who has worked with both, Prashant Kishor is better placed to assess them than anyone else. But as a politician, he prefers to reserve his opinion.

Responding to questions during a Twitter townhall on Friday, Prashant Kishore spoke about what he thought was PM Modi's biggest strength. "It is something a lot of people don't know much about him; he is a great listener."

Mr Kishor said it was not a trait that came across from the prime minister's personality.

"He comes across as all knowing...But I haven't come across a politician who is as good a listener as PM Modi," said Mr Kishor, who joined the Janata Dal United of Nitish Kumar in September. 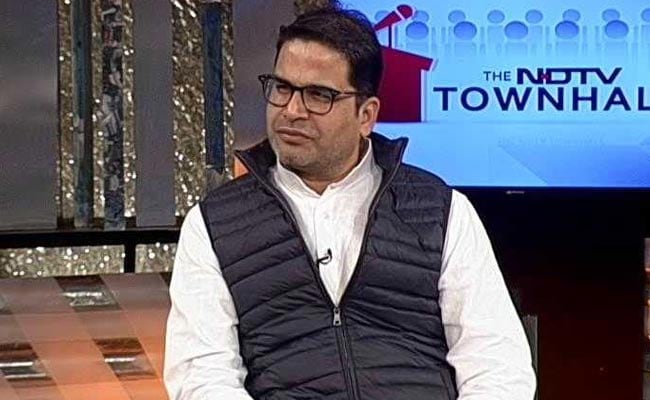 Prashant Kishor is credited with crafting winning strategies for the BJP in 2014.

Asked about PM Modi's weakness, Mr Kishor said: "Kings need to be benevolent. If I would need to change something, I would urge, plead and request him to be more benevolent."

The 41-year-old is credited with crafting winning strategies for the BJP in 2014 and Nitish Kumar in 2015. In 2017, he also worked with the Congress for polls in Punjab and Uttar Pradesh. His success in Punjab was clouded by the UP debacle.

On Rahul Gandhi, Mr Kishore said he had become more confident with his victories, but he refused to talk about his weaknesses.

"Success and victory makes you much more confident. I am sure he (Rahul Gandhi) is much more sure about his own strategies and what he thinks. If you are successful, you become confident, if you are not, you become a bit more skeptical," he said.

Rahul Gandhi's biggest weakness? "You have to give him time."

As for the Congress, Mr Kishor compared the century-old party to an "old house" standing against new flats, "full of seepage, difficult to maintain, air passing around".

Mr Kishor also said the results of the recent assembly elections, in which the Congress won three heartland states, show that people might be voting against the BJP.

"I do not see a fundamental change on part of Congress. No. I don't see. And that, if I am a BJP, that is why I would be a bit more worried. Because if I had lost these elections to a reformed Congress, a very rejuvenated Congress, possibly I would have been less worried. This is telling me that this is vote against BJP in those three states, more than vote for Congress."