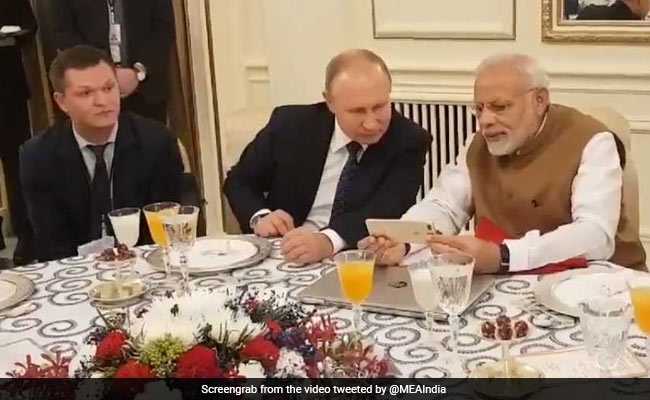 Prime Minister Narendra Modi on Friday showed Russian President Vladimir Putin a video of a rendition of Mahatma Gandhi's favourite devotional song 'Vaishnav Jan To' by a Russian artiste, a gesture that showed close friendship between the two leaders.

A video of PM Modi showing the video to Mr Putin during the lunch hosted in his honour was posted by Ministry of External Affairs Spokesperson Raveesh Kumar. Mr Putin is seen watching the video with keen interest.

'Vaishnav Jan To' has gone global with artistes from more than 124 countries contributing musically in paying homage to Mahatma Gandhi through the 'bhajan'.

On the 149th birth anniversary of the Mahatma earlier this week, Prime Minister Modi launched a medley version of the popular 'bhajan' by artistes from over 40 countries, during the closing ceremony of the Mahatma Gandhi International Sanitation Conference here.

Will Contest Many More Seats Than 11 In UP, Says BJP Ally Anupriya Patel