The exhibition at the Jodhpur Military Station will showcase the Army's might and contribution in nation-building. 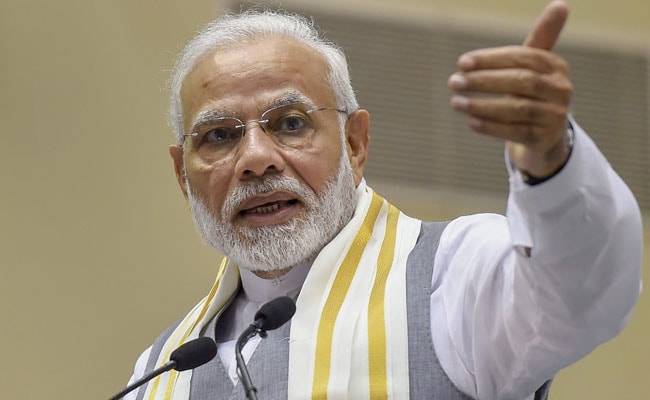 PM Modi will also pay homage to the martyrs at the Konark War Memorial. (File)

Prime Minister Narendra Modi will attend the Combined Commanders' Conference on Friday and open an Army exhibition, marking the second anniversary of the surgical strike across the
LoC.

The Prime Minister will reach Jodhpur Friday morning and inaugurate the exhibition, 'Parakarm Parv', at Jodhpur Military Station at 9 am, before participating in the conference at the Jodhpur Air Force Station.

The conference will also be attended by Defence Minister Nirmala Sitharaman, National Security Advisor Ajit Doval and the three services chiefs, besides several key military and civil officials of the Ministry of Defence.

It is for the third time that the Commanders' Conference is being held outside Delhi. After 2015 in Delhi, it was held in 2016 on the Indian Navy warship INS Vikramaditya and at the Indian Military Academy, Dehradun in 2017.

This time, a forward air base on western border has been chosen for the conference owing to the strategic importance and location of the Jodhpur Air Force station, which was the headquarter of the South West Air Command earlier.

Before attending the conference, Prime Minister Modi will inaugurate the exhibition, 'Parakarm Parv'.

"The Prime Minister will first participate in the wreath laying ceremony at Konark War Memorial at 9 am and then inaugurate the 'Parakram Parv' and open an exhibition, showcasing the might of the Indian Army and its contribution in nation building," said Defence spokesperson Col Sombit Ghosh.

"The PM himself will walk through the exhibition after inaugurating it, for its review," Col Ghosh said.

Considering the security arrangements, a team of the Special Protection Group (SPG), tasked with the prime minister's "proximate security" has already landed in Jodhpur to take stock of the security measures.

The prime minister will fly back to New Delhi after completion of the conference in the afternoon. No civil program has so far been laid out for him, the official said.