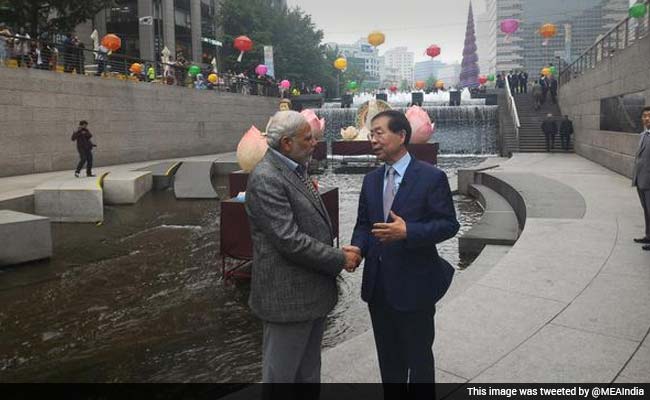 PM Modi spent quite some time at the stream, accompanied by the mayor of Seoul. 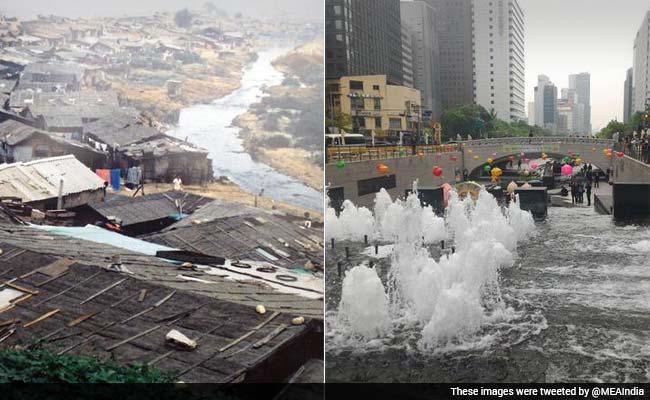 (The Cheonggyecheon Stream in Seoul - as it looked before (L). And now (R)

The massive urban renewal project is on the site of the stream. Until it was restored in 2005, Cheonggyecheon Stream existed only as a neglected waterway hidden by an overpass.

It has been transformed into a haven of natural beauty amidst the bustle of city life.

Promoted
Listen to the latest songs, only on JioSaavn.com
PM Modi spent quite some time at the spot, accompanied by the city mayor. He was greeted by enthusiastic Indian community members at the site and interacted with them.

"Venue different but enthusiasm same: the Indian community and PM Modi," the PMO tweeted. "Connecting with people in Seoul," the tweet read.