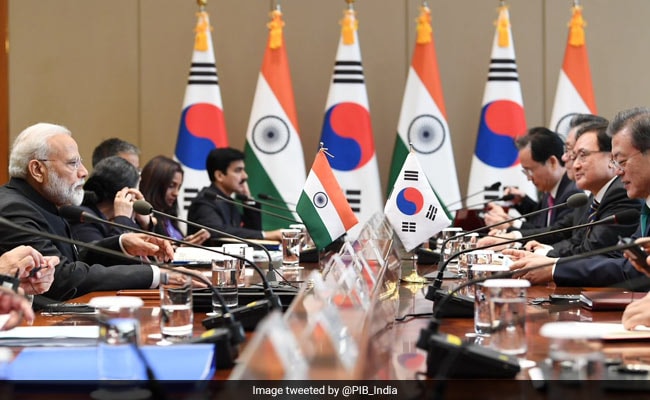 Prime Minister Narendra Modi who is on a two-day visit to South Korea was accorded a ceremonial welcome in Seoul this morning. India and South Korea signed seven agreements on Friday to enhance cooperation in key areas, including infrastructure development, media, start-ups and combating trans-border and international crime. This was PM Modi's second visit to the country, which aims at strengthening the special strategic partnership between the two nations as well as bolstering bilateral trade and cultural ties.

Here are the Highlights of PM Modi's second-day visit in Seoul:

1: An MoU was signed between Korean National Police Agency and the Ministry of Home Affairs to enhance cooperation between the law enforcement agencies of the two countries and combat trans-border and international crimes.

2: Another agreement was signed for releasing a joint stamp, commemorating Princess Suriratna (Queen Hur Hwang-ok), a legendary Princess of Ayodhya, who went to Korea in AD 48 and married King Kim-Suro. A large number of Koreans trace their ancestry to the princess.

3: The two countries have signed an agreement to continue operations of Korea Plus organisation that facilitates investments by Korean companies in India. Korea Plus was operationalised in June 2016, and comprises representatives from the Ministry of Industry, Trade and Energy of South Korea, Korea Trade Investment and Promotion Agency (KOTRA) and Invest India. 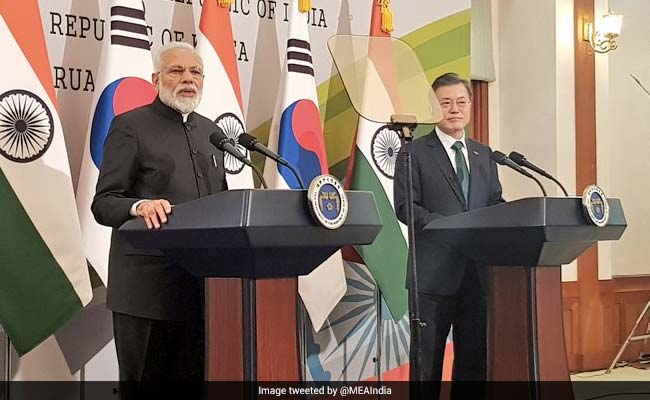 Feb 22, 2019 12:14 (IST)
The time has come for all right-thinking nations to join hands to completely eradicate terrorist networks and by doing so, we can replace hate with harmony. Destruction with development and transform the landscape of violence and vendetta into a postcard for peace: PM Modi
Feb 22, 2019 12:07 (IST)
Despite its relatively low carbon footprint, India has been among those leading the effort to combat climate change. In addition, India took the lead to harness solar energy by founding the International Solar Alliance. India has also been leading humanitarian efforts across the world...We have one of the largest number of troops working for peacekeeping across the world: PM Narendra Modi
Feb 22, 2019 12:00 (IST)
India, as a responsible member of the international community, has been in the forefront of our collective fight against climate change. Despite having a historically low carbon footprint, India has been playing an active role in the global fight against climate change: PM
Feb 22, 2019 11:51 (IST)
India remembers the Olympic Games in Seoul in 1988 in very well.. because it ended on October 2 -- Mahatma Gandhi's birthday... and South Korea showcased its greatness and made a mark on the rest of the world: PM Modi
"Since 1988, the world has changed vastly...one of them being global poverty, that has declined significantly. But the challenges today are quite different too...Climate change and terrorism are the two greatest threats the world faces today," he added.
Feb 22, 2019 11:48 (IST)
Honoured that this award has been given to me on the 150th year of Mahatma Gandhi's birth: PM Modi
Namashkar, Honoured to be awarded, and it belongs to the people of India, I humbly accept the award express my gratitude, its an recognition of philosophy that gave message of Vasudev Kutumbhkam, big family, it gives message of peace on battle field: PM Modi
I am even more honoured that this award has been given to me on the 150th year of Mahatma Gandhi's birth. It makes it even more special. 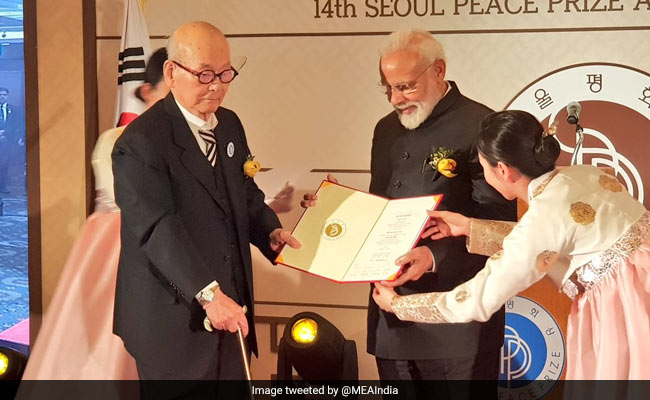 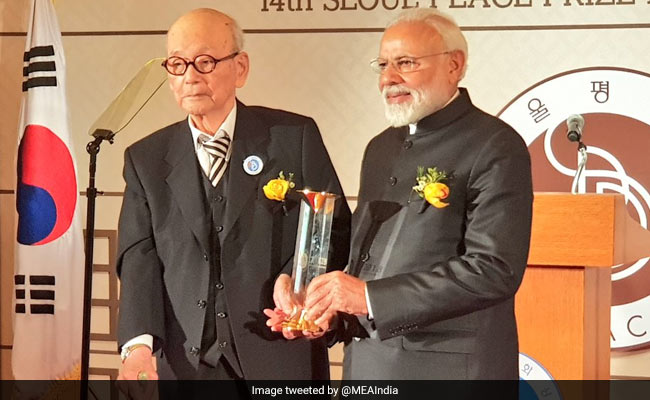 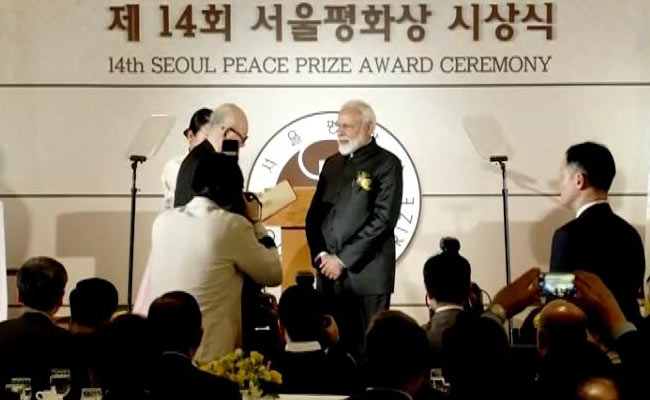 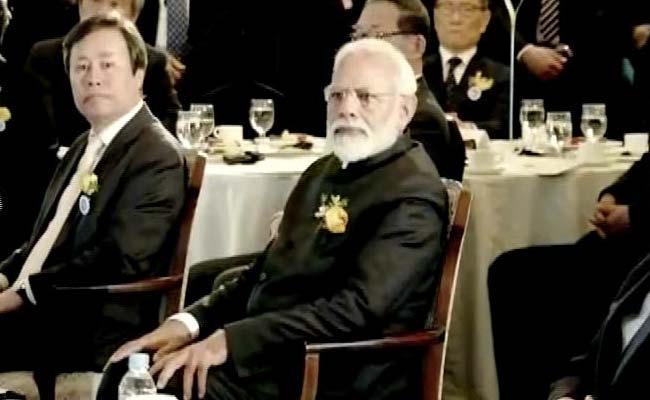 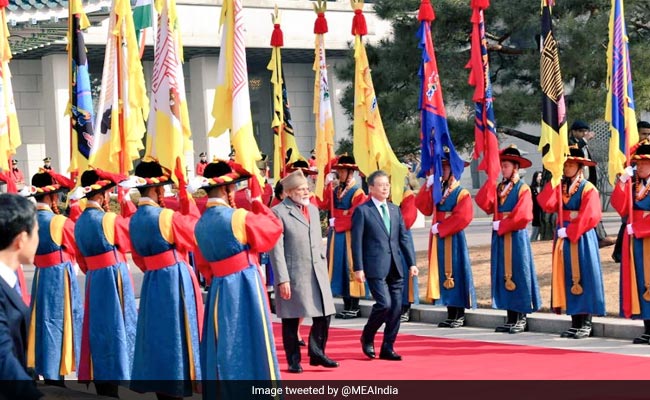 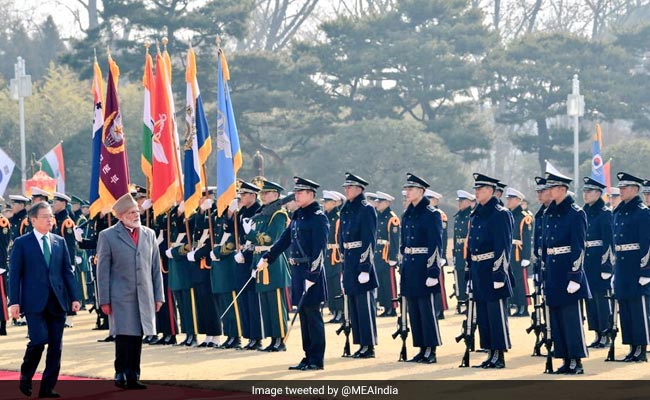 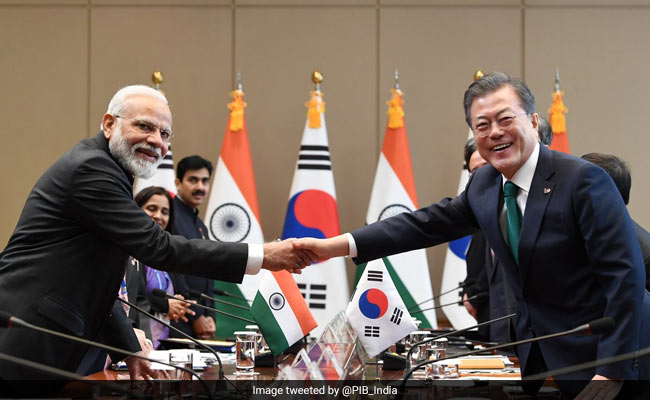 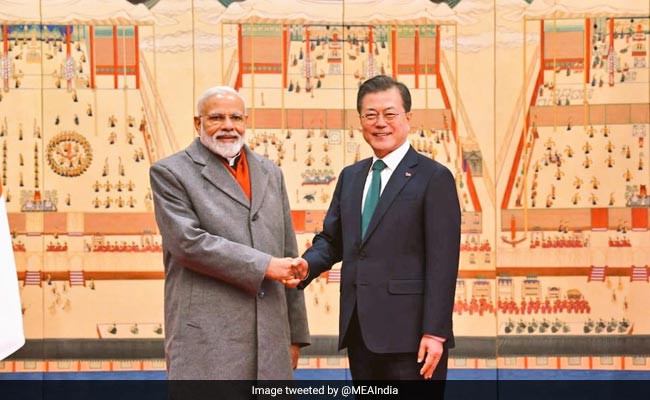 Feb 22, 2019 09:16 (IST)
Last year, First Lady Kim participated as the chief guest of at the 'Dipofestival' festival held in Ayodhya which was a subject of respect for us. The journey had a new light on our cultural relationships of thousands of years, and creating an atmosphere of eagerness and awareness in the new generation: PM
Feb 22, 2019 09:09 (IST)
PM Modi & South Korean President Moon Jae-in held constructive talks on enhancing cooperation in trade & investment, defence and security, energy, space, Start-Ups and people-to-people exchanges. 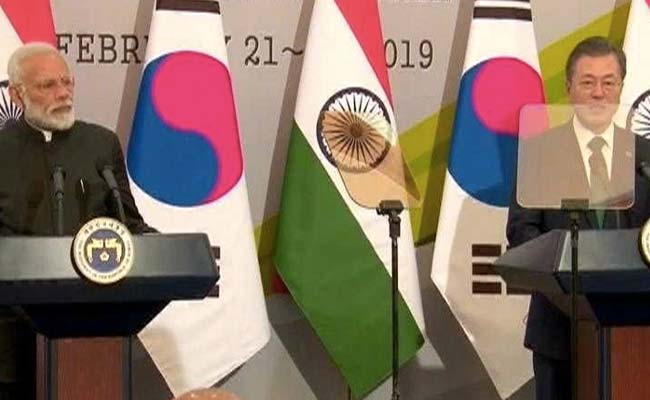 Feb 22, 2019 09:06 (IST)
Today's MOU between India's home ministry and the national Police Agency of Korea would further enhance our counter-terrorism cooperation. It is time for the global community to move ahead of things, to unite in opposing the problem: PM Modi 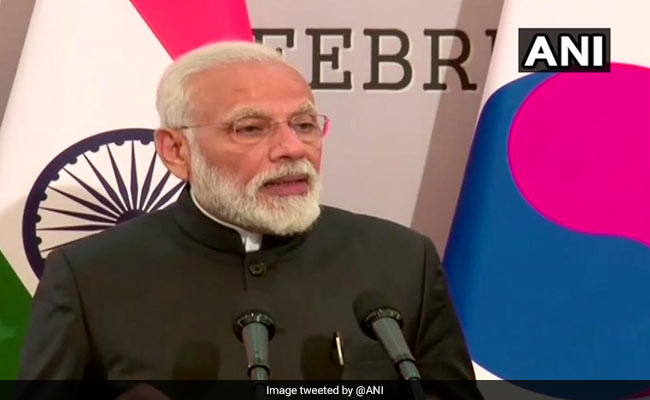 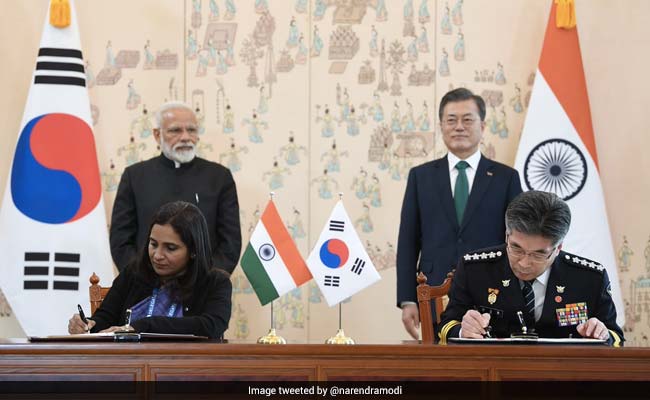 Feb 22, 2019 08:56 (IST)
After the terror attack in Pulwama, we are grateful for President Moon's condolences and support. We are committed to further deepening our bilateral and international cooperation and coordination against terrorism: PM Modi
Feb 22, 2019 08:45 (IST)
I have experienced the synergy of the ACT East policy of India and the New Southern policy of Korea giving a platform to strengthen our Special strategic Partnership. India's vision in relation to Indo-Pacific lays special emphasis on ASEAN's centrality and shared prosperity: PM Modi
Feb 22, 2019 08:42 (IST)
Prime Minister Narendra Modi paid tribute to soldiers
Prime Minister Narendra Modi paid tribute to fallen soldiers at the National Cemetery, including those who died in the Korean War. 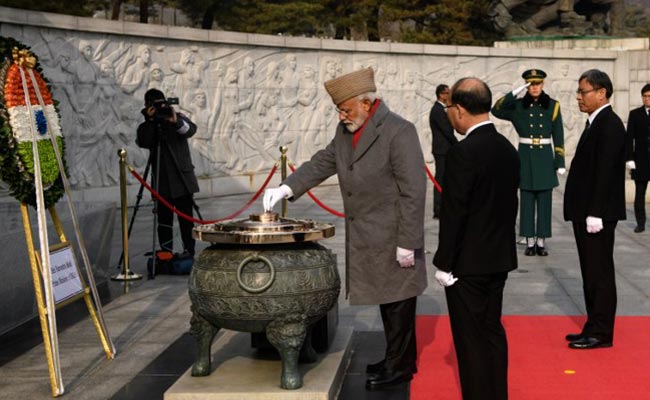 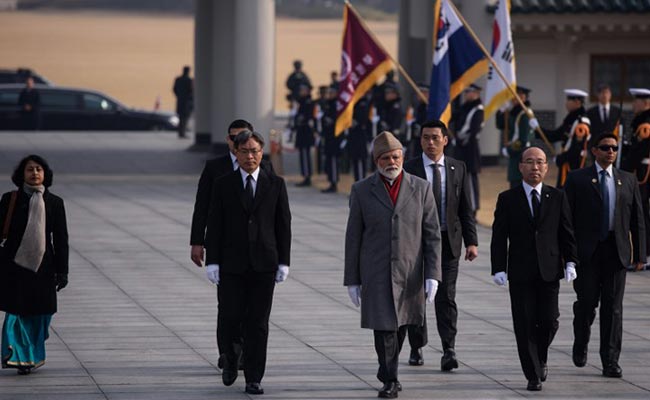