The tweets PM Modi quoted were all in praise of his decision to cancel the Class 12 CBSE exams this year. 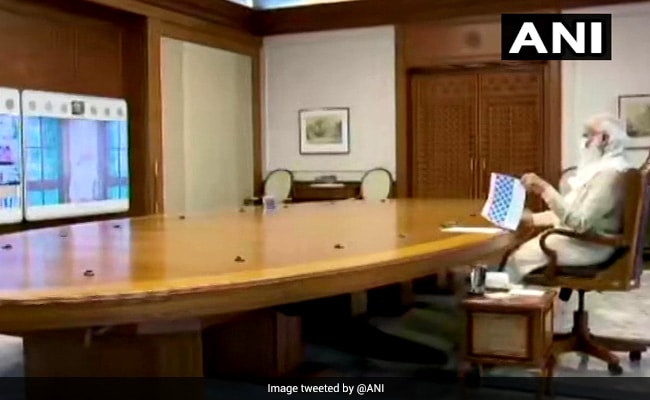 The health and welfare of students was the Centre's topmost priority and, in today's circumstances, the cancellation of CBSE's Class 12 exams was the "best and most student friendly decision", Prime Minister Narendra Modi said today on Twitter. He commented quoting a few parents and teachers thankful of his government's decision taken yesterday.

The Prime Minister's decision to cancel the CBSE exam came at the end of a key meeting held yesterday, attended by Union Defence Minister Rajnath Singh, Environment Minister Prakash Javadekar, and Central Board of Secondary Education (CBSE) chief Manoj Ahuja. CBSE will now gauge the students' progress over past year according to well-defined objective criteria in a time-bound manner, the PMO had said.

The move has been widely welcomed across the country.

For instance, Jyoti Arora, whose profile indicated that she is the Principal of Mount Abu Public School, today tweeted: "Honourable PM's decision to cancel Class 12 exams is highly welcomed considering uncertainty of present times. The decision to consider physical and mental health of students as a topmost priority is welcomed."

PM Modi quoted Ms Arora's tweet, with a one line message: "Health and welfare of students is our topmost priority!"

One Sarabjeet Daljit Singh, his bio describing him as Vice Principal Of St Jude's Residential School of Sundarnagar, called the Prime Minister "a virtuous person" and thanked him.

The teaching community has played an outstanding role in the last year. I would like to applaud all the teachers for supporting the students and ensuring that the education journey continues under the new normal. https://t.co/x4edQrUfbQ

Chennai-based Venkatarangan Thirumalai -- a software professional, his profile says -- expressed relief and happiness. "This was the only option and is the best, considering the risk to life and tremendous mental pressure the kids were facing," he wrote in his tweet.

The Prime Minister quoted Mr Thirumalai, acknowledging that the past year had been a chaotic one for students, who were confined to their homes and getting less time with friends, and with the "joys of growing up partly snatched away".

Neelmani Singh, Head of Global Leadership Learnings at the Aditya Birla Group, according to his Twitter description, said he "truly appreciated the empathy, sensitivity, and understanding of the pain".

As a parent, Truely appreciate the empathy, sensitivity and understanding of the pain and keeping our most valuable asset's safety in mind.

The Prime Minister, quoting his tweet, said the decision on Class 12 exams was taken after an extensive consultative process.

"We got several inputs from all over the nation, which were insightful and enabled us to take a student-friendly decision," he said.