PM Modi's Increasing Emphasis On "Amrit Kaal" In His Speeches

A Bloomberg News analysis of dozens of speeches over the past 12 months shows that Narendra Modi's use of "amrit kaal" appears to spike when his government has been under pressure. 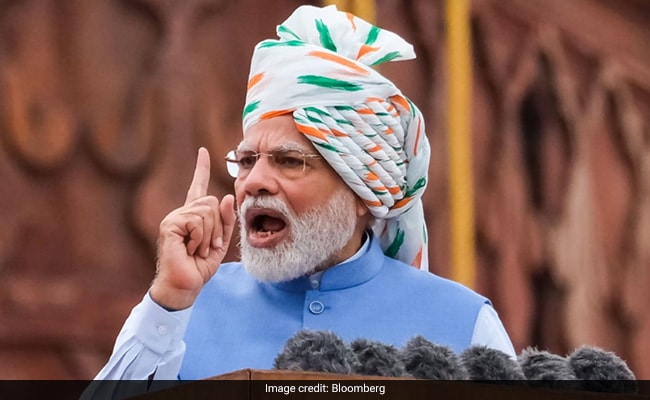 In the face of high inflation and unemployment, Prime Minister Narendra Modi has been repeatedly telling voters that India is just beginning a "golden era" that will run for the next quarter century.

"On the first morning of this amrit kaal I am filled with pride to see such an immensely endowed nation," Prime Minister Modi said on Monday in a speech to mark the 75th anniversary of independence from British rule, delivered from the ramparts of the 17th century Red Fort in New Delhi.

The phrase "amrit kaal" first made a prominent appearance in a Narendra Modi speech on the same day last year, when he described it as a journey of a "new India" for the next 25 years.

Prime Minister Modi used the term 14 times in his address on Monday. That's the most on a single day so far this year according to a Bloomberg News analysis of dozens of speeches over the past 12 months, which shows that Narendra Modi's use of "amrit kaal" appears to spike when his government has been under pressure.

The sharpest jump came in June this year when the leader used the term 19 times as citizens protested and burned trains due to anger over a government plan to hire army recruits on a short-term basis, removing the prospect of certain retirement benefits.

Narendra Modi used the phrase 14 times in April when India's headline inflation climbed to an eight-year high, and 15 times in May when retail inflation hovered above the central bank's comfort level of 6 per cent because of costlier food and fuel. He's on pace to use the phrase even more this month, as opposition parties lead protests against higher prices and joblessness.

Prime Minister Modi's heightened emphasis on the slogan comes as he gears up to win a third term in office in a 2024 election. A recent nationwide poll showed his ruling coalition winning a majority with a smaller margin, as he grapples with runaway inflation, persistent unemployment and growing religious tensions.

All the speeches analyzed by Bloomberg News were available on the prime minister's website. Prime Minister Modi's office didn't respond to emails seeking comments for this story.

Unlike Chinese President Xi Jinping's frequent use of the term "common prosperity," which was used in conjunction with a slew of policies seeking to address the inequality that rattled global markets, Narendra Modi has yet to flesh out many specifics around "amrit kaal."

"Politically it seems to work, but when it comes to economics there are only two things people care about: their current living status and their hopes for the future," said Pronab Sen, a former chief statistician of India before Narendra Modi took office. "It certainly has done nothing for their existing condition because there is no program attached to it."

The Prime Minister introduced the term last year in the wake of a devastating wave of COVID-19 infections. Widespread oxygen shortages, images of corpses floating in rivers and reports that the government had under-reported the actual number of deaths led to a backlash against Prime Minister Modi, prompting him to reshuffle his cabinet in July 2021 to reset the narrative. 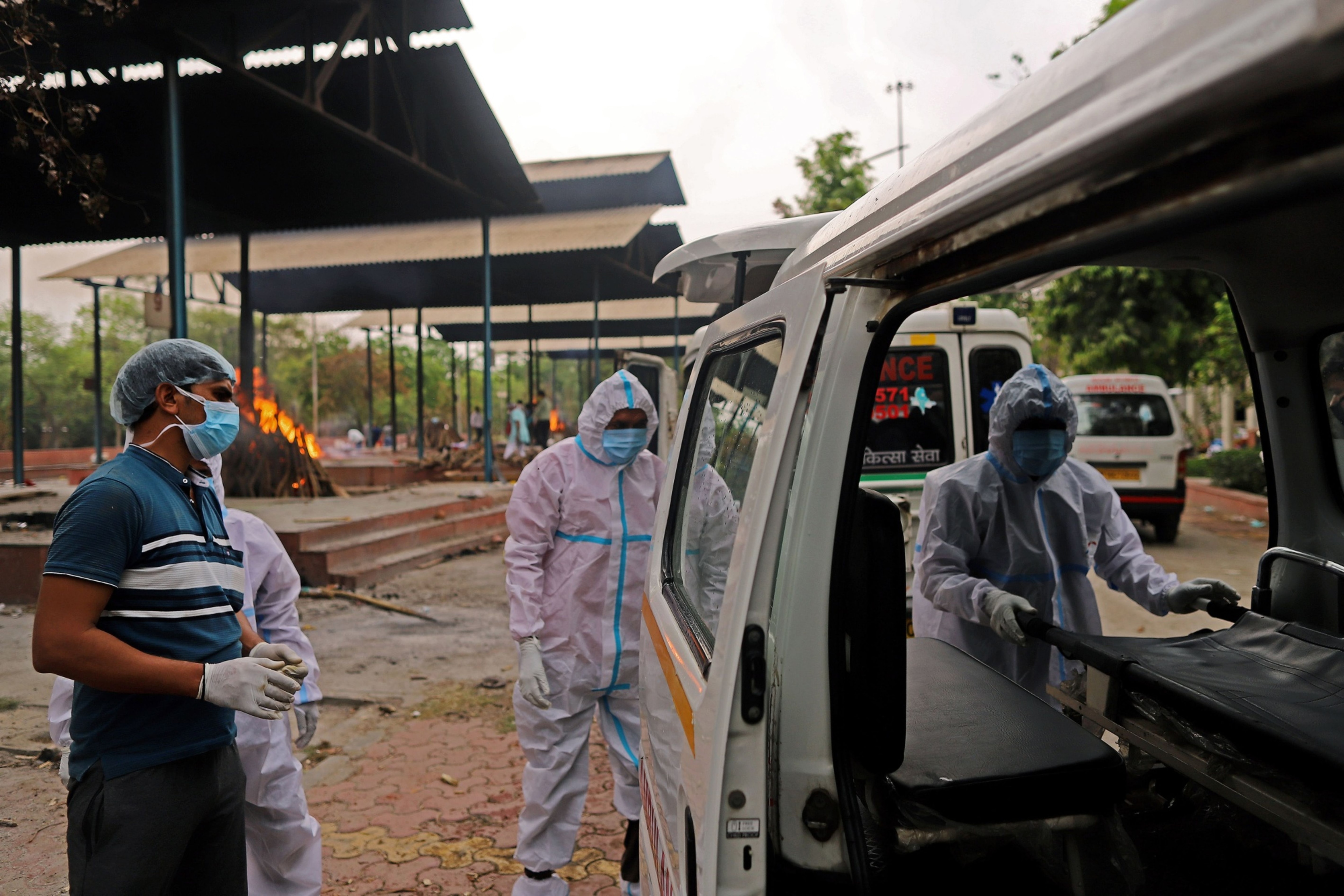 Ambulances lined up at a crematorium on the outskirts of New Delhi in April 2021.Photographer: Anindito Mukherjee/Bloomberg

The term was highlighted in February by Finance Minister Nirmala Sitharaman during her presentation of the annual budget. "It lays a parallel track of a blueprint for the amrit kaal, which is futuristic and inclusive," she said, without providing a specific action plan.

Narendra Modi has frequently used pithy slogans around vaguely defined nationalist ideas to rally support. He first swept to power in 2014 on the promise of "acche din" or "better times," and later popularized the term "vishwaguru" describing India as the spiritual guide to the world.

The use of the word "amrit," which translates to "nectar," in particular casts the government's work in religious terms and may appeal to some Hindu voters, according to Gilles Verniers, assistant professor of political science at the Ashoka University.

The word is "an allegory for purity in governments' actions," he said. "It finally aims at reinforcing the image of a benevolent, all-powerful leader."