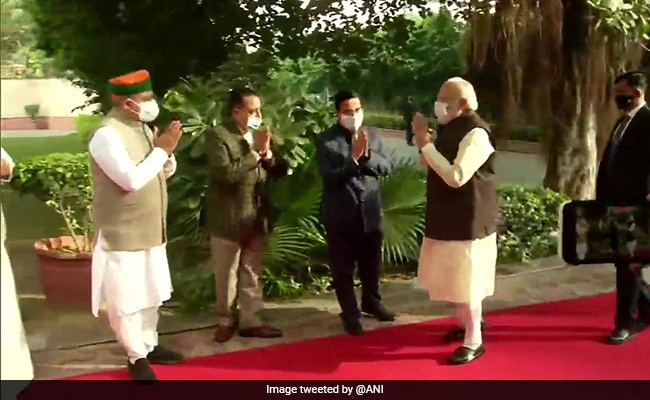 The meeting has begun. pic.twitter.com/fd5GObWgbM

The winter session of Parliament began on November 29 and will continue till December 23. Both houses of Parliament have witnessed repeated adjournments over the Opposition's demand for revocation of suspension of 12 MPs.

Since after their suspension, all the 12 MPs regularly visit the Parliament and keep sitting outside Mahatma Gandhi Statue.

The members were suspended for alleged unruly conduct towards the end of the monsoon session in August when marshals were called after Opposition members stormed the Well of the House during the passage of the General Insurance Business (Nationalisation) Amendment Bill, 2021.