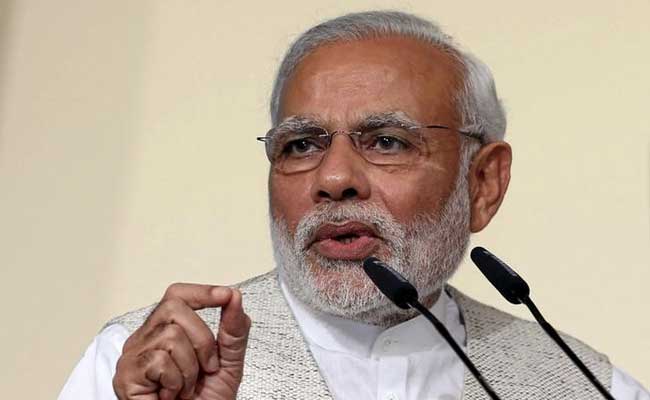 PM Modi's visit, if it happens, would be the first-ever visit by an Indian Prime Minister to the Jewish state. (File Photo)

Hyderabad: Prime Minister Narendra Modi may visit Israel early next year as both countries prepare to celebrate 25th anniversary of establishment of full diplomatic relations, an official of the Jewish state has hinted.

"Prime Minister Modi, that we know, wants to go and visit Israel. We don't have any specific dates. I can tell you that next year, we are celebrating 25 years of full diplomatic relations. It is a major milestone and it will be celebrated with high-level visits on both sides," the spokesperson of Embassy of Israel, Ohad Horsandi, told PTI in Hyderabad.

PM Modi's visit, if it happens, would be the first-ever visit by an Indian Prime Minister to the Jewish state. Mr Horsandi also confirmed that Israeli President Reuven Rivlin proposed to visit India.

"We don't know when he (Rivlin) is going to visit. We are hoping to a find a suitable date that's good for India and for Israel because Modi is a busy man and (undertakes) lot of trips," he said.

The diplomat noted that recent years saw high-level bilateral visits, with President Pranab Mukherjee making a trip to Israel in 2015 and External Affairs Minister Sushma Swaraj in January this year, and (the then) Israeli Defence Minister Moshe Ya'alon coming to India for the first time last year.

Since the establishment of full diplomatic relations in 1992, he said bilateral relations have gradually grown and improved in almost every field, whether it's defence, agriculture, trade or tourism.

On the proposed regional comprehensive economic agreement between India and Israel, he said both sides understood its benefits.

Seven rounds of discussions have already taken place in this regard.

"In many ways, Indian and Israeli economies are complementary. We are hoping to have further discussions in the next few months on this (proposed agreement) to see how it can go further," Mr Horsandi added.