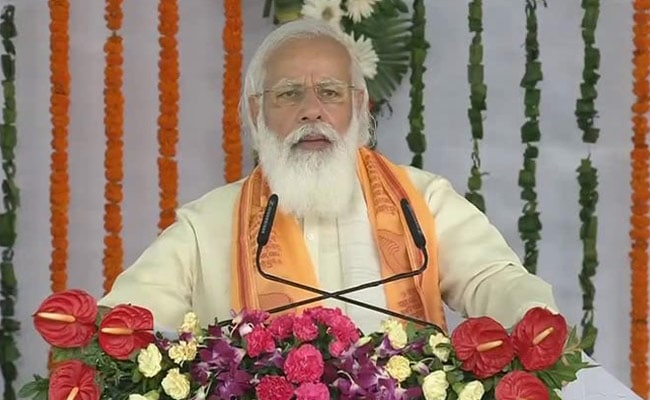 PM Modi: India and Japan are of the view that development should be omnipresent (File)

Stating that Japan is one of the most trusted friends of India today, Prime Minister Narendra Modi on Thursday said that the friendship between both the nations is considered one of the most natural partnerships in the entire region.

Speaking at the inauguration of the Rudraksh convention centre in Varanasi, which has been constructed with Japanese assistance, PM Modi said, "Be it a strategic area or an economic area, Japan is one of the most trusted friends of India today. Our friendship is considered one of the most natural partnerships in the entire region."

Uttar Pradesh Chief Minister Yogi Adityanath, speaking on the occasion said, "In 2018, with the help of Japan, the foundation stone of Rudraksh convention centre was laid. Kashi is a very important centre for spirituality, literature, music."

Speaking about the handicrafts and crafts of the region PM Modi said that in the last 6-7 years a lot of work has been done to strengthen them and with this, Banarasi silk and Banarasi craft are getting a new identity again.

Stating that a river of development is flowing in Kashi, the Prime Minister said that the city''s ancient glory now exists in its modern form.

"It never stops or gets tired. During COVID, when the country stopped, Kashi stayed balanced and disciplined, but the flow of development continued," he added.