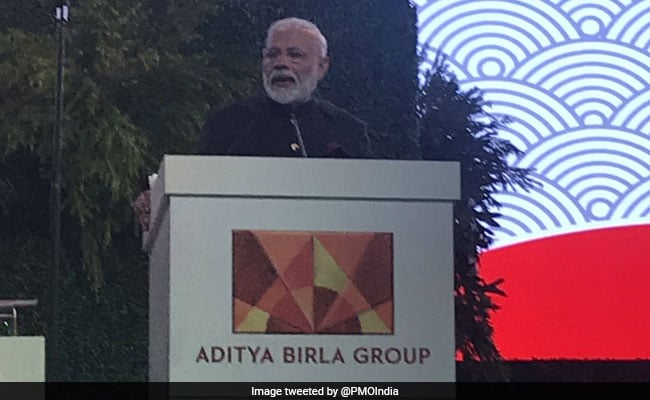 Prime Minister Narendra Modi, who is on a three-day visit to Thailand, has a number of engagements today. PM Modi will participate in a business event and then co-chair the 16th ASEAN-India summit with Thailand Prime Minister. Later in the day, the Prime Minister will take part in the 14th East Asia summit. The agenda of the meet would be to review the future direction of East Asia cooperation and exchange views on regional and international issues.

Apart from attending the meetings, he is also scheduled to release a commemorative coin marking the 550th birth anniversary of Guru Nanak Dev, as well as release a Thai translation of Tamil classic Tirukkural, according to the Ministry of External Affairs (MEA).

He will also hold several bilateral talks on the sidelines of the summits.

Here are the Highlights on PM Modi's engagements in Thailand:

Nov 03, 2019 14:08 (IST)
PM Modi meets Thai PM and talks about expanding cooperation between India and Thailand
PM Modi wrote about his meeting with Thailand's Prime Minister Prayut Chan-o-cha. He said, "Had an excellent meeting with Prime Minister Prayut Chan-o-cha. We talked about ways to expand cooperation between India and Thailand. I also thanked him for the wonderful hospitality of the people as well as Government of Thailand."
Nov 03, 2019 14:06 (IST)
PM Modi discusses trade and culture with Indonesia's President Joko Widodo
Prime Minister Narendra Modi met Indonesia's President Joko Widodo in Bangkok. Talking about the meeting on Twitter, PM Modi wrote, "Our talks today were wide-ranging. We discussed ways to expand cooperation between India and Indonesia in areas such as trade and culture."
Nov 03, 2019 11:28 (IST)
ASEAN Summit begins with multilateralism and connectivity at the core
ASEAN summit officially began with multilateralism and connectivity taking the centre stage. Addressing the opening ceremony of the summit, Thai Prime Minister Prayut Chan-o-cha said to create a prosperous and sustainable region, "we should continue to work to conclude negations on RCEP (the Regional Comprehensive Economic Partnership) within this year to stimulate economic growth as well as trade and investment", reported IANS quoting Xinhua news agency.
Nov 03, 2019 10:40 (IST)
ASEAN an integral part of India's Act East Policy: PM Modi
ASEAN is the integral part of our Act East Policy and will always be. An integrated and progressive ASEAN will favour India. We want to strengthen our partnership on maritime security, blue economy and human co-operation on several other such issues: PM Modi
Nov 03, 2019 10:37 (IST) 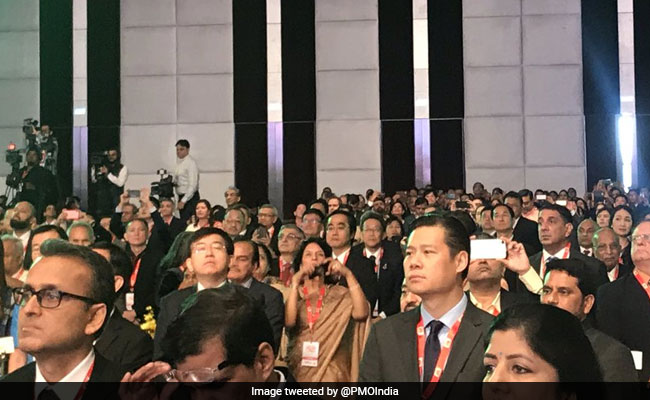 Many from the business community attended the celebration. Addressing them, PM Modi said, "For investment and easy business, come to India. To innovate and starting up, come to India. To experience some of the best tourist sites and warm hospitality of people, come to India. India awaits you with open arms."
Nov 03, 2019 08:50 (IST)
PM Modi speaks about enhancing economic partnership in the spirit of Act East policy
In the spirit of our Act East Policy, we are paying special attention to enhance connectivity with this region. Direct connectivity between ports on Thailand's west coast and ports on India's east coast will enhance our economic partnership: PM Modi
Nov 03, 2019 08:46 (IST)
Prime Minister Narendra Modi speaks about the start-up ecosystem of India
If there is one thing I am specially proud of, it is India's talented and skilled human capital. No wonder India is among the world's largest start-up eco-systems. When India prospers, the world prospers. Our vision for India's development is such that it also leads to a better planet: PM Modi
Nov 03, 2019 08:44 (IST)
Indian among top 10 FDI destinations, says PM Modi
India's growth trajectory is reflected in several ratings. We are among the top 10 FDI destinations. India has jumped 79 places in World Bank's Ease of Doing Business in the last five years: PM Modi
Nov 03, 2019 08:43 (IST)
PM Modi talks about $5 trillion dollar economy
India is now pursuing another dream - to become a five trillion dollar economy. When my Government took over in 2014, India's GDP was about 2 trillion dollars. In 65 years, 2 trillion. But in just 5 years, we increased it to nearly 3 trillion dollars: PM Modi
Nov 03, 2019 08:40 (IST)
India received $286 billion in FDI in the last 5 years, says PM Modi
All of what I have said just now makes India one of the world's most attractive economies for investment. India received $286 billion FDI in the last five years. This is almost half of the total FDI in India in the last twenty years: PM Modi
Nov 03, 2019 08:37 (IST)
PM Modi says, "India is one of the most people friendly tax regimes"
In today's India, the contribution of the hard working tax payer is cherished. One area where we have done significant work is taxation. I am happy that India is one of the most people friendly tax regimes. We are committed to further improving it even more: PM Modi
Nov 03, 2019 08:33 (IST)
PM Modi talks about money reaching the poor through Direct Benefit Transfer
You would be shocked to know that for years, money was spent on the poor which did not really reach the poor. Our Government ended this culture thanks to DBT. DBT stands for direct benefit transfer. DBT has ended the culture of middlemen and inefficiency: PM Modi
Nov 03, 2019 08:30 (IST)
PM Modi talks about successes in various sectors
India has seen many success stories in the last five years in various sectors. The reason for this is not only the Governments. India has stopped working in a routine, bureaucratic manner: PM Modi
Nov 03, 2019 08:28 (IST)
Prime Minister Narendra Modi attends Aditya Birla group's celebration marking 50 years in Thailand
We have gathered here to celebrate the Suvarna Jayanti  or Golden Jubilee of the Aditya Birla Group in Suvarna Bhumi, Thailand. This is truly a special occasion. I am eager to give you a picture of some positive changes happening in India today. I say this with full confidence - this is the best time to be in India: PM