Hundreds of school children were invited for the Independence Day celebrations at the Red Fort. 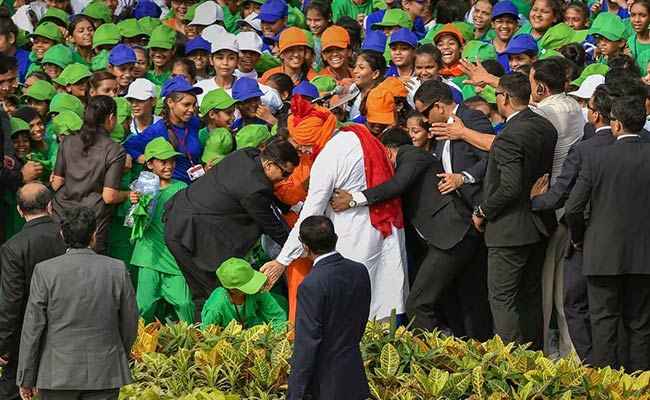 Ignoring security protocol, Prime Minister Narendra Modi today stepped out of his car to meet school children after his Independence Day address to the nation from the Red Fort in the capital.

Like each year, hundreds of school children in the tricolour attire were invited for the Independence Day celebrations at the Mughal-era monument.

A number of them surrounded the Prime Minister's car, prompting PM Modi to step out to meet them.

The Prime Minister shook hands with some students and waved at others. He was also seen talking to a few of them.