Government Will Decide On Right Age Of Marriage For Daughters Soon: PM

PM Modi spoke about the steps taken by his government towards the maintenance of the health and hygiene of women. 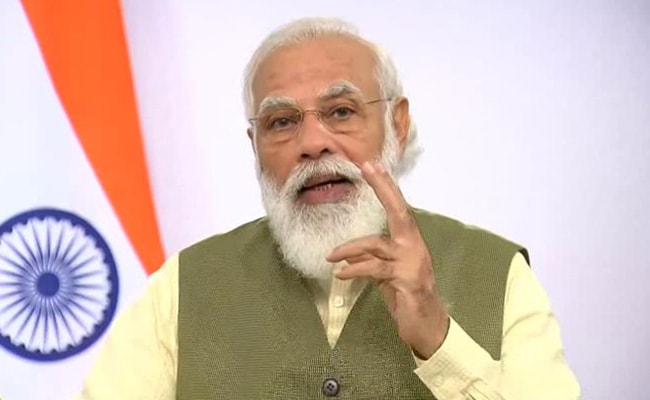 Prime Minister Narendra Modi on Friday assured the daughters of the country that the government will decide the right age for marriage as soon as the concerned committee gives its report.

"Discussion is underway to decide the right age for marriage of our daughters. From across the country, daughters have written to me asking why the concerned committee has not given its decision yet. I assure you that as soon as the report comes, the government will act on it," Prime Minister Modi said during an event to release a commemorative coin of Rs 75 denomination to mark the 75th Anniversary of India's long-standing relation with the Food and Agriculture Organisation.

He also spoke about the steps taken by his government towards the maintenance of the health and hygiene of women.

"We are taking appropriate actions for our daughters'' well-being. Through Jal Jeevan Mission, work is going on to provide water to every household. We are providing sanitary pad for Re 1 each," he said.

The central government on September 22 had said that a task force has been constituted to examine the correlation of the age of marriage and motherhood.

"A task force has been constituted to examine the correlation of the age of marriage and motherhood with (i) health, medical well-being and nutritional status of mother and neonate/infant/child, during pregnancy, birth and thereafter, (ii) key parameters like Infant Mortality Rate, Maternal Mortality Rate, Total Fertility Rate, Sex Ratio at Birth, Child Sex Ratio, and (iii) any other relevant points pertaining to health and nutrition in this context," Union Minister of Women and Child Development Smriti Irani had said in a written reply to Rajya Sabha MP Sushil Kumar Gupta during the last Parliament session.

Mr Gupta had asked whether it is a fact that the government is reconsidering the legal marriage age for women, which currently stands at 18.