He claimed that the BJP-led central and Gujarat governments were rattled by the "massive response" the Congress was getting in poll-bound Gujarat. 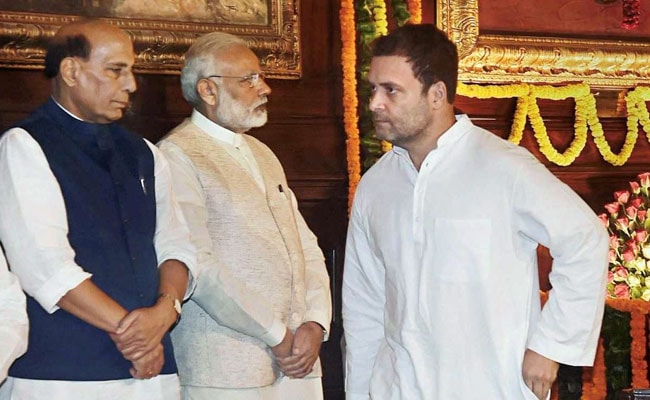 Mumbai: NCP chief Sharad Pawar today alleged that Prime Minister Narendra Modi "feared" the "transformed image" of Congress vice president Rahul Gandhi due to which the BJP was raking up old issues such as Bofors to "defame" the Gandhi family.

He claimed that the BJP-led central and Gujarat governments were rattled by the "massive response" the Congress was getting in poll-bound Gujarat.

"Prime Minister Narendra Modi fears the transformed image of Rahul Gandhi due to which the BJP is raking up issues such as Bofors against the Gandhi family to defame them," Mr Pawar alleged while interacting with party workers at Chandrapur in east Maharashtra.

He said former Prime Minister Rajiv Gandhi was "acquitted" in the Bofors case a long time ago.

"Now he is not alive and neither is the Italian who was allegedly involved in this case. Despite this, the Centre is trying to reopen the case by filing a charge sheet in court. This is because the government is scared of Rahul Gandhi and they want to defame late Rajiv Gandhi," he alleged.

Promoted
Listen to the latest songs, only on JioSaavn.com
Praising the former prime minister, Mr Pawar said Rajiv Gandhi was a visionary leader. "The nation developed because of his vision. Pandit Jawaharlal Nehru and Indira Gandhi (both former PMs) used their power to eradicate poverty," the NCP chief said.

Mr Pawar claimed that wrong policies adopted by the government in recent times had an adverse effect on farmers and industries and there was no hope or solution in sight for them.