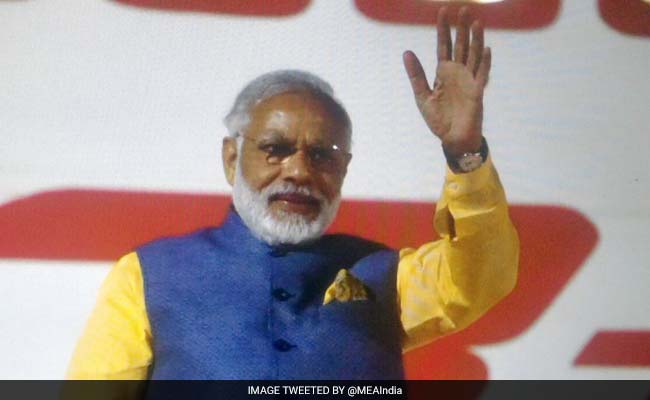 During the meeting, Prime Minister Narendra Modi said the Centre is committed to all-round improvement of education in Jammu and Kashmir. (File photo)

Highly-placed sources said the prime minister, after his return from the five-nation tour, had called a meeting on Kashmir during which he asked the Defence Ministry to hand over the 'high ground' in Anantnag to the state at the earliest so that the expansion plan of south campus of Kashmir University can be carried out.

During the meeting, the prime minister said the Centre is committed to all-round improvement of education in the state, official sources said.

The army had in-principle been agreeable to vacating the land for quite some time but a decision by its headquarters got delayed.

The latest deadline for vacating the land was March 31 which was agreed upon during a meeting chaired by state Governor NN Vohra.

The army holds nearly 2005.24 kanals of land in Anantnag district since early 1990s.

The land is adjacent to south campus in Fatehgarh area near an army camp. It was being used by the army for landing helicopters despite the force having a similar facility at Khanabal, a few kilometres from there.

346.7 Kanals of land, which was earlier in the army's possession, was transferred to the university in 2004.

The process of handing over of land had begun during the previous Omar Abdullah government and the ground work for many areas had been completed.

In the past, army has handed over defence land at Batmaloo, Pantha Chowk and Hari Parbat for developing civic amenities.

Army has also agreed to vacate the Lower Plateau in Kargil at the request of the civil administration.