The Election Commission had sought comments from the makers of the biopic on the Opposition's demand to postpone its release till the Lok Sabha elections get over. 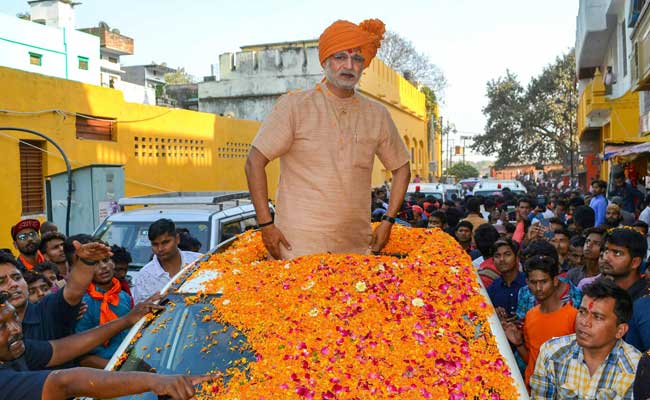 Actor Vivek Oberoi dressed as Prime Minister Narendra Modi during the shooting of the film.

The producers of biopic on Prime Minister Narendra Modi have responded to an Election Commission notice but the BJP, which was also sent a copy, is yet to reply, sources in the poll panel said on Thursday.

The Election Commission had sought comments from the makers of the biopic on the Opposition's demand to postpone its release till the Lok Sabha elections get over.

The film is slated for release on April 5.

The Delhi chief electoral officer had already issued a notice to the producers in this regard. The poll body had sought their response on Tuesday on delaying the release.

Vivek Oberoi, who plays the role of Modi, was at the Nirvachan Sadan, the EC headquarters, this afternoon.

Since the film has reference to the BJP, the party was also marked a copy. But it is yet to respond.

On March 20, the East Delhi Returning Officer K Mahesh had issued suo motu notices to the production house and music company behind the film "PM Narendra Modi" and two leading newspapers for publishing advertisements of the film.

Opposition parties have alleged that the film violates the model code and would act like an advertisement for the BJP.