The prime minister issued these directions at the meeting of Pro-Active Governance and Timely Implementation- PRAGATI, an ICT-based multimedia platform, a statement issued by the Prime Minister's Office (PMO) said. 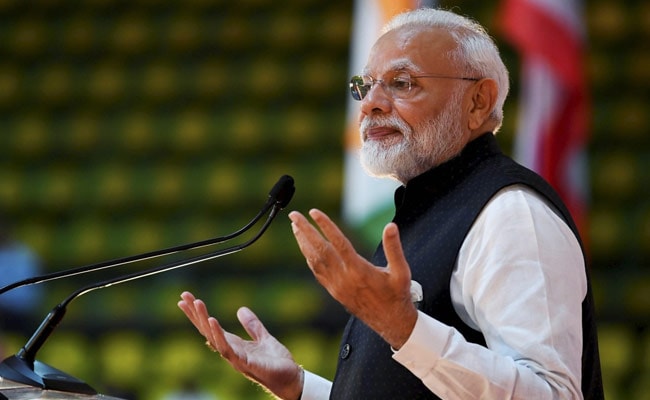 PM Modi issued these directions at the meeting of PRAGATI

This came on a day the Supreme Court lashed out at authorities for failing to curb severe air pollution in the Delhi and its surrounding areas.

There are agro-machines available in the market which remove stubble and governments of Haryana and Punjab are offering subsidy to farmers to buy the equipment.

The prime minister issued these directions at the meeting of Pro-Active Governance and Timely Implementation- PRAGATI, an ICT-based multimedia platform, a statement issued by the Prime Minister's Office (PMO) said.

"On the issue of stubble burning, the Prime Minister directed Agriculture Ministry to give priority to the farmers of the states of Uttar Pradesh, Punjab and Haryana in distribution of equipment to prevent such occurrences," it stated.

The top court today said it is a question of life and death of crores of people here but it is "very unfortunate" that the authorities are not bothered about poor people and letting them die.

The PRAGATI meeting today reviewed nine projects worth over Rs 61,000 crore related to 16 states and the Union Territory of Jammu and Kashmir.

Reviewing the progress of the Aspirational District Programme, Prime Minister Modi was informed about the dashboard based on 49 performance indicators.

According to the statement, even slow moving indicators like status of nutrition have shown tremendous progress. It was also noted that some districts of Uttar Pradesh have shown impressive growth.

Calling it an act of national service, PM Modi laid stress on the importance of focusing on education and healthcare of tribal children, it stated.

He also emphasized on the need to decide on timelines to bring the backward districts up to the national average and to deploy young officers in aspirational districts.

The prime minister was apprised of the progress made by the National Agriculture Market platform, which has helped in better price discovery.

E-payments are now being made directly into the accounts of farmers. Progress in development of two integrated e-Mandis in Jammu and Kashmir was also reviewed, the statement said.

PM Modi directed that based on e-models of demand aggregation, Ministry of Road, Transport and Highways and Ministry of Agriculture and Farmers' Welfare should work together on a new start-up model of logistics support, particularly with regard to transfer of agricultural products from one state to another, it said.

He said all the states must come together and use a common, integrated platform for smooth operation, it added.

PM Modi also reviewed the progress of infrastructure connectivity projects, including Katra-Banihal Railway Line. He gave explicit instructions on speedy completion of the project by next year.

Several projects in the northeast like the widening and upgradation of Aizawl-Tuipang highway project were also discussed. To provide faster and safer connectivity between Delhi and Meerut, PM Modi said the Delhi-Meerut Expressway should be completed by the revised timeline of May 2020, the statement said.

He inquired about difficulties being faced by solar and wind power companies in starting new projects, including those in the land acquisition process.

In the previous PRAGATI meetings, a total of 265 projects with a total investment of Rs 12.15 lakh crore, 47 programmes and grievances related to 17 sectors (22 subjects) were reviewed.