Banks have received 15.28 trillion rupees ($239 billion), or 99 percent of the currency invalidated, the Reserve Bank of India said in its annual report on Wednesday. 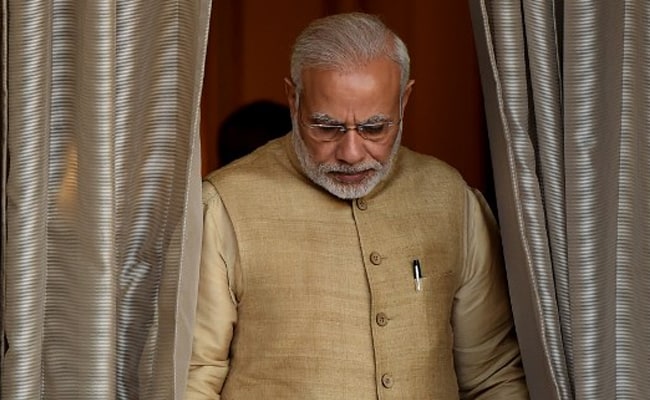 People have deposited nearly all the currency bills voided by Prime Minister Narendra Modi, denting the central bank's profit and dealing a blow to his drive to unearth unaccounted wealth.

Banks have received 15.28 trillion rupees ($239 billion), or 99 percent of the currency invalidated, the Reserve Bank of India said in its annual report on Wednesday. The government had initially estimated about 5 trillion rupees wouldn't be declared following the sudden move on Nov. 9. The cash ban prompted the central bank to print new currency, reducing its profit and cutting annual dividend payout to the government by half.

"This data proves that demonetization was a total failure," said Mohan Guruswamy, chairman of New Delhi-based Centre For Policy Alternatives. "The Prime Minister obviously had overstated his case. You've lost so many jobs across sectors. How can people trust Mr. Modi and his numbers?"

Supporters of the cash ban saw the action as a battle against the rich who salt away their wealth without paying taxes. PM Modi's party had a landslide victory in a key state soon after the move to ban 86 percent of the nation's cash, though subsequent data show that the economic shock has slowed growth and investment in Asia's No. 3 economy.

A raft of economic data since the note ban decision have signaled that $2 trillion economy was hurt by the cash clampdown, raising fears that the economic growth would stall. Growth in the quarter ended March 2017 slowed to 6.1 percent from a year earlier. It expanded 7 percent pace in the previous quarter. Gross domestic product data for April-June due at 5:30 p.m. in New Delhi on Thursday will help assess the lingering impact of the cash ban or whether it had faded.

While some economists blame PM Modi for the slowdown, he politically gained by winning elections in Uttar Pradesh, country's most populous state, as rural poor supported the move with a belief that his actions would even out the scale of inequality and reduce corruption.

Opposition parties were quick to blame the government and the central bank for the demonetization drive. The RBI lost more money on printing notes compared to the bills that were permanently extinguished, former Finance Minister Palaniappan Chidambaram said.

The bank spent 79.65 billion rupees to create new cash in the year through June 30, it said in its annual report published Wednesday. That was the highest in at least 17 years and compares with 34.21 billion rupees and 37.6 billion rupees for the previous two years.

Promoted
Listen to the latest songs, only on JioSaavn.com
"The upsurge in expenditure during the year was on account of change in the production plan of printing presses due to the introduction of new design notes," the central bank said in its annual report. "To ensure availability of bank notes across the country at the shortest possible time subsequent to the demonetisation, bank notes had to be frequently air-lifted from the presses."