PM Narendra Modi's meeting with the ministers was held ahead of parliament's Monsoon Session, which begins on July 19. 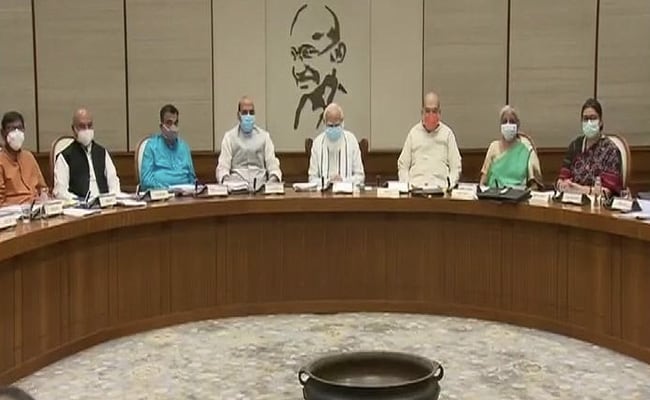 The rise in petroleum prices and the government's handling of Coronavirus were discussed in detail at Prime Minister Narendra Modi's meeting with the revamped Council of ministers this evening. The meeting was held ahead of parliament's Monsoon Session, which begins on July 19.

PM Modi told all the ministers to go to the monsoon session with full preparations.

PM Modi was told about the reasons of hike in petrol, diesel and LPG prices, sources said, in the backdrop of opposition criticism on the issue.  The Petroleum minister briefed the Prime Minister Modi about the distribution of revenue between the Center and the states, sources said.

In the presentation by the Ministry of Health, PM Modi was also told about the situation of Covid, medication and vaccination. Details of the preparations being made for a possible third wave were discussed in details -- especially the steps being taken by the government to increase oxygen supply after the devastating experience of shortage during the second wave.

The Ministry of Parliamentary Affairs detailed the bills that would be presented in the monsoon session, and the issues can be raised by the opposition. The government has listed 17 new bills for introduction in this session. Six other bills are pending at various stages in the two Houses and before parliamentary panels.

The opposition Congress held its own strategy session earlier today, focussing on the issues they want to raise in parliament to corner the government. Sources said the party plans to raise the issue of price rise, the handling of the coronavirus pandemic and the Rafale deal, sources have said.

PM Modi said all the ministers should be present in parliament according to roster duty. He asked them to get ready for the session, and acquire proper awareness of rules of the house as well as details about their ministries.

During parliament sessions, besides answering questions, ministers of state can pilot bills and answer questions in absence of Cabinet ministers. But the accountability remains with the senior ministers.

After the massive restructuring of the Council of ministers last week, PM Modi had held a series of meetings with the ministers – senior and junior -- in different groups to review the performance of their ministries.