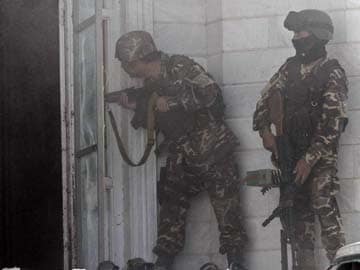 Dr Singh, who was briefed on the incident soon after it happened this morning, expressed relief that all staff and security personnel at the consulate are safe.

"I condemn in the strongest terms the attack on the Consulate General of India in Herat this morning. We are greatly relieved that all staff and security personnel at the consulate are safe," he said.

Lauding the bravery of Afghan security forces and the Indian security detail at the consulate, the Prime Minister said no words of gratitude would be enough for the bravery and skill with which the attack was repulsed.

Promoted
Listen to the latest songs, only on JioSaavn.com
"I also thank the Government of the Islamic Republic of Afghanistan for their prompt and decisive response, and for their unstinting support over the years for the security of Indians in Afghanistan," he said.

Dr Singh said such attacks will neither succeed in undermining the close relations between India and Afghanistan, nor deter India from fulfilling its commitment to help the Afghan people in building a peaceful, stable, united, democratic and prosperous Afghanistan. The outgoing Prime Minister said India will continue to support Afghanistan in its "brave fight" against terrorism.
Comments
HeratPrime Minister Manmohan SinghAfghanistan