SAMPANN, an acronym for System for Accounting and Management of Pension, will help in the timely disbursement of pensions, PM Modi said in Varanasi. 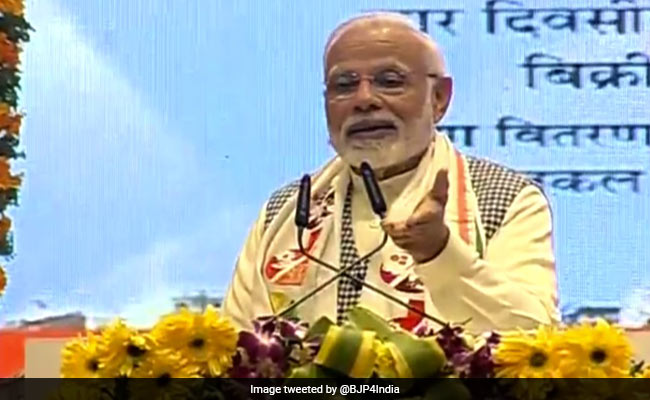 PM Modi said the Centre is using technology for greater ease of access to citizen-centric services.

SAMPANN, an acronym for System for Accounting and Management of Pension, will help in the timely disbursement of pensions, he said at a public meeting in Varanasi.

PM Modi said the Centre is using technology to improve ease of living and greater ease of access to citizen-centric services.

He said India Post Payments Bank is being used to expand banking services through post offices. A network of over three lakh Common Service Centres is helping to provide a range of services digitally to the people in rural areas, he said.

PM Modi also spoke of the increase in the number of internet connections and said over one lakh panchayats in the country are now connected via broadband.

The prime minister said the Digital India campaign, apart from facilitating people, is also bringing transparency in the working of the government and curbing corruption.

Mentioning the Government e-Marketplace or GeM, he said it will be of immense use for Ministry of Micro, Small and Medium Enterprises (MSMEs) which the Centre is committed to empowering.

"By making access to credit easier for the MSMEs, ease of doing business is also being ensured," he said.

The prime minister said efforts were on to provide modern amenities and promote the industry through LNG (Liquefied natural gas) in eastern India.

One of its benefits is that cooking gas is now becoming available to thousands of homes in Varanasi, he added.

SAMPANNSystem for Accounting and Management of PensionPM Modi in Varanasi