"Please Do Something": Families Of Soldiers Killed In Attack On CRPF Camp In Jammu And Kashmir

Home Minister Rajnath Singh said that the "sacrifice of our brave jawans will not go in vain". "The entire nation stands with their families," he said. 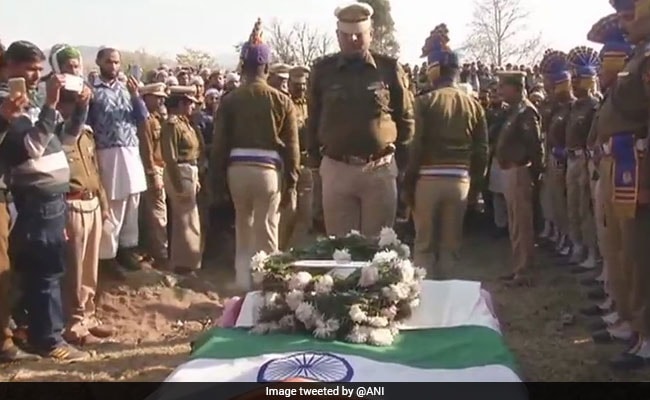 Jammu and Kashmir: As the families of the soldiers killed during a gun battle yesterday bid them a teary adieu, they urged Prime Minister Narendra Modi to do something to stop the bloodshed in the Valley. At least three members of Pakistan-based terror group Jaish-e-Mohammed attacked the four-storey building that serves as a Central Reserve Police Force (CRPF) at Lethpora in Jammu and Kashmir's Pulwama district, just outside state capital Srinagar. Besides the three terrorists, five CRPF personnel were killed in the attack.

"Militancy has not ended, our jawans are continuing to sacrifice their lives; please do something.I would request PM Modi and the goverenment to take measures to stop killing of innocents. The world has not seen a country worse than Pakistan," Anees, son of killed CRPF jawan Taufail Ahmed was quoted as saying by news agency ANI. 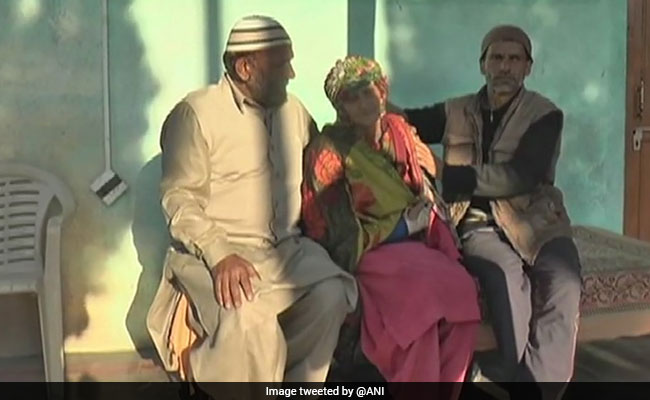 Families of the five CRPF personnel killed in the attack want an end to terrorism.

The terrorists had struck around 2 am on Sunday. It is not known how many CRPF personnel were posted at the station at the time of the attack. They threw grenades and opened fire before breaching the perimeter of the training centre of the 185 Battalion of the CRPF. An operation was launched and Sharief-Ud-Din Ganaie, CRPF personnel, became the first victim.

Later, three more jawans Taufail Ahmed, Rajendra Nain and PK Panda lost their lives to bullets. Officer Kuldeep Rai, who was trapped inside a building, died of a heart attack.

The attack took place despite a specific alert that terrorists will target the CRPF camp. The police said there was prior intelligence warning about this attack.

"There was an input from the last two-three days. They (the terrorists) were trying. They probably could not get a place and time earlier. So, they struck last night," senior police officer SP Vaid was quoted as saying by news agency Press Trust of India.

16-year-old Fardeen Ahmed, son of a policeman who had joined the Jaish-e-Mohammed a few months ago, was among the terrorists killed in the encounter. Before the attack, he had recorded a video message in which he talked about the plan to target the CRPF. "God willing, when this message reaches you, I will already be a guest of my Lord in his heaven," he said at the beginning of the eight-minute video, in which he urged other young people to join the Jaish-e-Mohammed.

The Jaish recently suffered a huge loss in the Valley when Noor Mohammad Tantray or "Chhota Noora", a top terrorist of the group, was killed in an encounter in the same district. Talhr Rasheed, nephew of Jaish chief Masood Azhar, was among the three terrorists killed in November.
Comments
Attack on CRPF campCRPF camp attackedPulwama encounter