The applicants stated that Prashant Bhushan's tweets on his alleged criticism of the court on appointment of M Nageswara Rao as interim CBI director do not amount to contempt of court in any case. 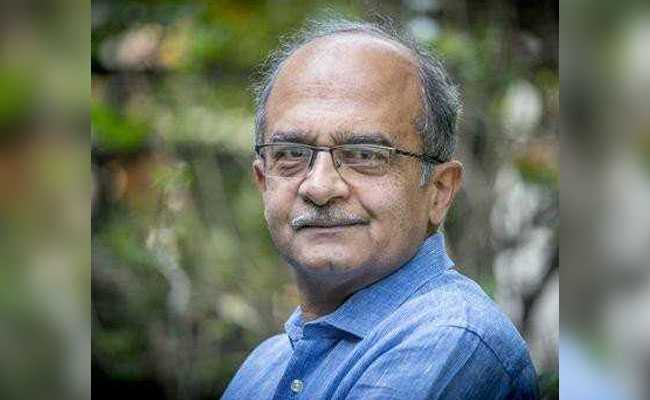 A group of eminent citizens moved the Supreme Court in order to intervene in the contempt petition filed by Attorney General KK Venugopal and the Centre against advocate Prashant Bhushan for his alleged criticism of the court on appointment of M Nageswara Rao as interim CBI director.

Another application was filed by a group of senior journalists including Arun Shourie, Mrinal Pande, Paranjoy Guha Thakurta, Manoj Mitta and N Ram.

The applicants, while stating the facts leading up to the tweets and seeking to implead as respondents in the petition to face the same consequence as Prashant Bhushan, said they would have said and done similarly given the circumstances.

Also, they stated that the tweets do not amount to contempt of court in any case.

Applicants brought to the attention of the court that the issue of whether the media can in general write and comment on pending court proceedings involving matters of public interest has been examined by this Court in many cases.

"In a catena of cases the Court has upheld this right to freedom of expression of the media even in matters that are sub judice and the duty of courts to uphold the freedom of the Press and invalidate laws and orders that interfere with or are contrary to the Constitutional mandate," the applications read.

While issuing a notice to Prashant Bhushan on the contempt petitions, a bench headed by Justice Arun Mishra had also sought to expand the scope of the petitions with the larger question of whether it is open for lawyers or any other person to criticise the court in a sub judice matter which would lead to influence public opinion.

The bench had asked Mr Bhushan to respond on the contempt petition filed by the AG and the Centre.

The case will come up for hearing on March 7.

Justice Arun Mishra during the hearing had said, "Contempt is Brahmasthraand it should not be used frequently."

Mr Bhushan had accused AG Venugopal of furnishing a "fabricated" document on minutes of the high-powered selection panel with regard to the appointment of Mr Rao as interim CBI director.

AG Venugopal's petition has referred to Mr Bhushan's February 1 tweets in which he alleged that the government appeared to have misled the top court and had submitted fabricated minutes of the meeting of the high-powered selection committee comprising Prime Minister Narendra Modi, Justice AK Sikri and senior Congress leader Mallikarjun Kharge.

Mr Rao was appointed as interim director of the CBI in January this year after the then CBI Director Alok Verma was transferred from the post.

Fire at Haldia Petrochemicals In Bengal, No One Injured